ATLANTA - To some, it may seem like a prank but to the man who took a whipped cream pie to the face, it was no joke at all.

Joel Singh told FOX 5 News he felt targeted because of his Indian heritage. “They came all of a sudden and gave me a big hit on my left side,” said Singh.

In pictures, Singh is seen with whipped cream covering much of his torso after he was blindsided by a young man smashing the sugary pile into his face at The Mall West-End.

“When they hit me I was numb and my vision was almost gone for two, three hours,” said Singh.

He said he was visiting a friend at the man’s jewelry kiosk at The Mall West-End last Thursday afternoon when the attack occurred.

In surveillance video, three young men are huddled around each other then moments later one pulls out what looks a pie tin or plate.

Next, he fills it with what appears to be whipped cream then walks over to Singh and shoves it in his face. Singh says he feels ethnically targeted after slurs were hurled at him.

“I strongly feel that just because of my race they did it to me. Because you’re Indian? Because I’m Indian,” said Singh.

He said after the attack the three young men ran away through the back door of a restaurant.

He tells FOX 5 News the attack on Singh is a symptom of bigger problems at home.

“If you’re not being taught the right thing at home once you come out the door stupidity is all you know,” said Russell.

Mr. Singh said he has never seen the attackers before. He’s hoping someone who has seen them will call the police. 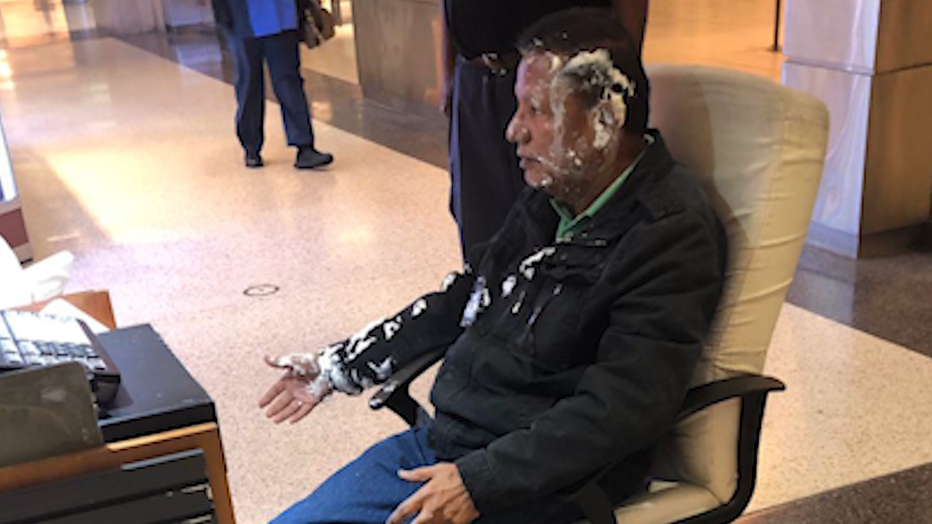 “This is not fair to target innocent people, let people live peacefully in this world,” said Singh.