Police are searching for a suspect who is on the run after gunning down a man between two apartment buildings in DeKalb County.

DEKALB COUNTY, Ga. - An overnight shooting at an apartment complex has left a man dead in DeKalb County.

Police tell FOX 5 they rushed out to the Hidden Valley apartment complex off of Candler Road around midnight.

By the time officers arrived at the scene, the victim was already dead. The man is described as being in his 20s. Police say they know who the victim is but aren't releasing his name, pending notification of next of kin.

Detectives aren't sure if the man lived in the complex but say he was familiar with the area. 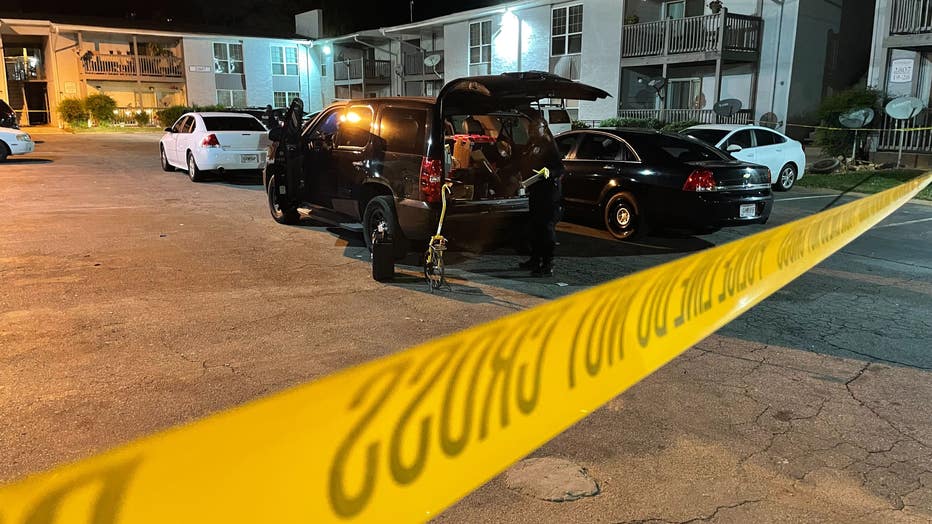 Police look for clues in lot where victim is found

At this point, investigators don't have much to go. They don't have a suspect description or a motive for the murder. They say no one living in the complex has come forward with information that can help them track down the killer.