Lance Karlson posted footage of his March 18 encounter with an octopus in Geographe Bay. (Source: Lance Karlson via Storyful)

DUNSBOROUGH, Australia - It may not be a Kraken, but an octopus swimming along Geographe Bay in Australia has plenty of attitude.

Just ask Lance Karlson, who posted footage of his March 18 encounter with "the angriest octopus in Geographe Bay." He spotted it attacking a seagull and decided to have a closer look.

Moments later, Karlson shouted "Oh golly" as the tentacles came flying his way. He left the area without a mark but wasn’t so lucky when he returned to the ocean for a swim later on.

Karlson said he found the octopus’ home among a crab graveyard where it came after him again, this time striking him on the neck.

"My goggles were too fogged to see what had happened and I swam back to shore in pain," Karlson told the Aussie news outlet 9News. "The imprints of the tentacles quickly formed raised marks across my skin." 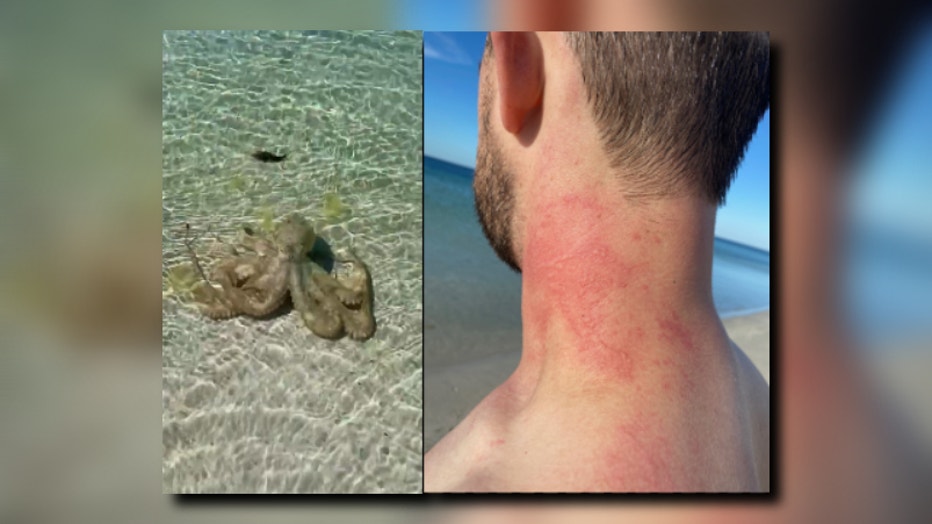 Lance Karlson posted footage of his March 18 encounter with “the angriest octopus in Geographe Bay.“ (Source: Lance Karlson via Storyful)

Karlson is a former lifeguard, so he knew his bruise needed to be treated with vinegar. Since he didn’t have any on hand, he told his wife to pour Coke over the area.

"There was some stinging, but after being a life saver for some years-- I've been stung by bluebottles and it was not anything like that. It was more the pain from the physical strike of the octopus."