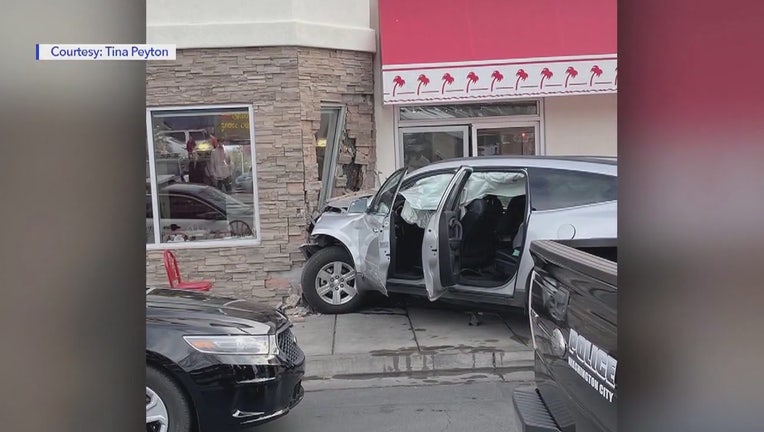 WASHINGTON CITY, Utah - A man was killed and three others were injured after the driver of an SUV plowed into an In-N-Out Burger in Utah, officials said.

A man lost his life after an elderly couple crashed into an In-N-Out in Utah over the weekend.

The deadly crash occurred at the In-N-Out Burger in Washington City located near St. George on Saturday afternoon, KSTU reported.

Police say an elderly driver mistakenly hit the gas pedal instead of the brake when he struck a pedestrian outside the fast-food restaurant. The SUV continued to accelerate forward and crashed into the side of the restaurant where people were seated inside.

Utah authorities say one of the people seated inside the restaurant was taken to a hospital in critical condition where he died from his injuries Sunday. The victim was identified as Antonio Mendoza of Las Vegas.

The elderly couple and the pedestrian were taken to a local hospital.

The extent of their injuries was unknown.

No further information was immediately released.

The crash remained under investigation.