NICHOLLS, Ga. - Eleven years ago, our I-Team questioned the DNA evidence used to convict Kerry Robinson of rape in Colquitt County. Now,  a team of lawyers using new computer technology raised enough questions about that DNA evidence to convince a prosecutor and a  judge to set Kerry Robinson free.

The FOX 5 I-Team was there when Kerry Robinson walked out of prison - a free man.

We first met Kerry Robinson in 2009. He was serving a 20 year prison sentence for taking part in the 1993 gang rape of a woman in Moultrie Georgia.  Robinson was convicted on the testimony of the ringleader of the group, Tyrone White.  Robinson told me White lied because he suspected Kerry of turning him into police on another case.

But the testimony carried weight in court after a GBI analyst testified Robinson "can't be excluded" as a suspect because 2 of his 24 genetic markers matched DNA evidence recovered from the victim.

"I think there was a mistake made here," Greg Hampikian told us at the time. 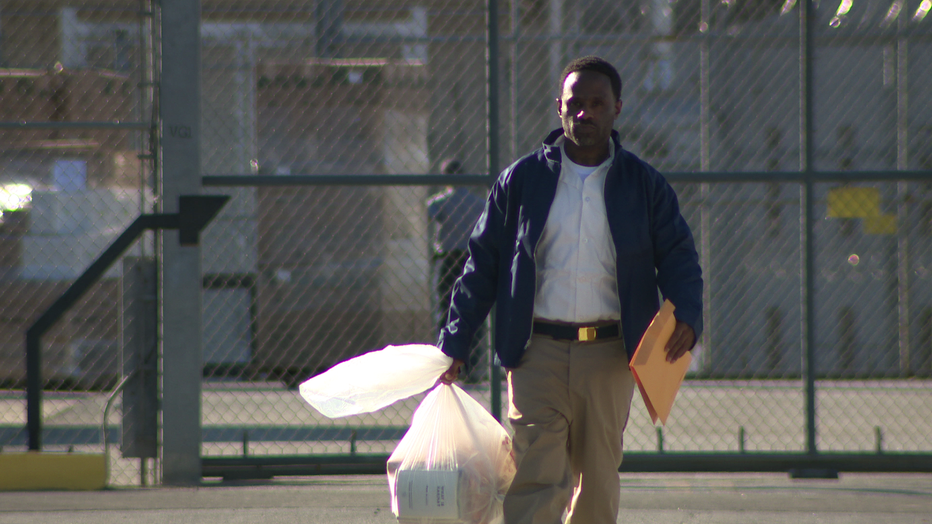 FOX 5 was the only media outlet when Kerry Robinson walked out of prison, exonerated by new DNA analysis.

Greg Hampikian, director of the Idaho Innocence Project and other scientists interviewed by the I-Team disagreed and felt a match of only 2 genetic markers should have cleared Kerry Robinson.

To test how easy it would be to have a match of only 2 alleles we took DNA samples of 4 Fox 5 employees. Under GBI policy, the Georgia crime lab would conclude all all four of the employees "could not be excluded" including a 26 year old white female who had more genetic matches than Kerry Robinson.

"From the very first time I looked over the case I said, this man shouldn't be here," said robinson's attorney rodney Zell.

Attorney Rodney Zell was convinced Kerry Robinson had been wrongfully convicted. Then in 2018 he got the break he needed. The GBI began using a new computer driven analysis of mixed DNA samples. Zell, and lawyers from the Georgia Innocence Project, asked to have Robinson's DNA retested with the latest technology.  The results turned the case upside down.

"Today we know a random African American on the street is 1800 times more likely to be a match than Kerry Robinson. (That's dramatically different than what it was during trial?) It sure is," said Jennifer Whitfield of the Georgia Innocence Project.

Lawyers filed a motion for a new trial based on the new DNA findings.  The District Attorney agreed and both sides asked a judge to void the conviction and set Kerry Robinson free. The  long wait was now over. After 18 years behind bars, Kerry Robinson was now officially cleared.

"Kerry is a really, really, easy guy to fight for and to see him walk out those doors was really special. Very touching," said Jennifer Whitfield of the Georgia Innocence Project.

I asked Kerry robinson if he thought this day would come.

"Oh, yes. I knew it would come by faith. I knew truth would be able to come out. Sooner or later, it would come out," said Robinson.

Before he left to start the next stage of his life, Kerry Robinson, spoke briefly not of bitterness or betrayal, but of God and his family: