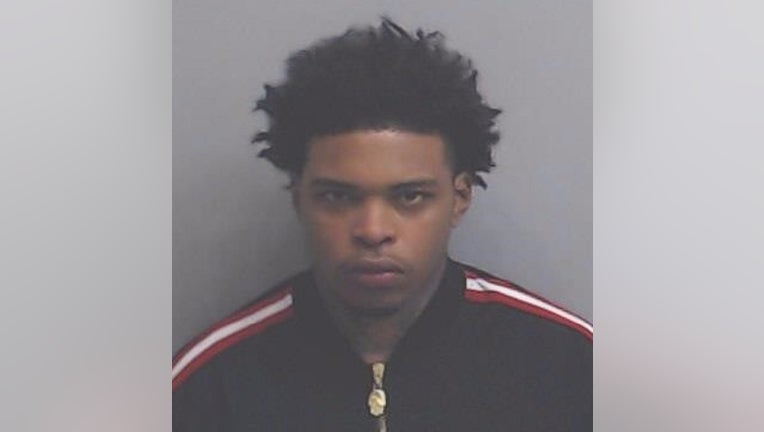 ATLANTA - A man was arrested for reckless driving after Georgia State Patrol troopers said he struck two vehicles and forced one stranded motorist to fall from an Interstate 85 overpass while he was racing another car along the busy highway.

Horace Maurice Dillard, Jr., was booked into the Fulton County jail on Monday. According to the Georgia State Patrol, Dillard was racing another car down I-85 just south of Piedmont just after 4 p.m. when his car struck a Kia Optima, sending it spinning into the emergency lane.

Troopers then said he hit a Chevrolet Cruz that had broken down and was in the right emergency lane. Leslie Camille Reese who was outside the car at the time waiting for a friend to pick her up, was launched from the overpass as a result, troopers said. She landed about 30 feet down on a lawn along Plasters Avenue NE.

Reese was rushed to Grady Memorial Hospital with serious injuries. According to family members, it will take at least three months until she is able to try to walk again.

Dillard was charged with reckless driving, too fast for conditions, failure to maintain lane, improper lane change, and serious injury by motor vehicle. According to jail records, he was released on bond and must wear an ankle monitor.

Reese’s father has set up a GoFundMe account to help pay for her medical expenses. Anyone who would like to donate can do so by going to https://gofund.me/087ab50d