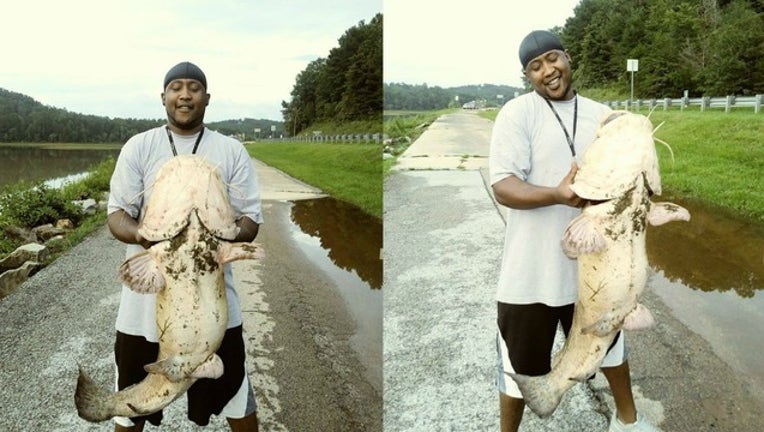 TOCCOA, Ga. - A man in Toccoa caught a massive catfish, and after a Facebook post on FOX 5 Atlanta on Saturday, people were wanting to know more details.

Darious Tukes is the man in the photo, and we asked him a few more questions to learn about the adventure that ended in catching this huge fish.

Tukes said that he used large minnows as bait to catch the catfish. He also is guessing that the fish weighed between 70 and 75 pounds, though he didn't get an official measurement.

He was fishing on Highway 123 in Toccoa when he caught the catfish.

Tukes says that this is the largest fish he has ever caught.