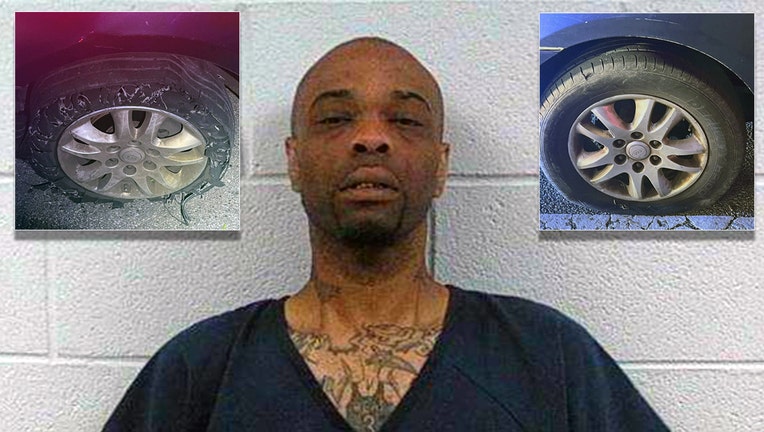 CEDARTOWN, Ga. - Police in Polk County are warning drivers who would flee from being pulled over for a traffic stop that they will end up with four flat tires.

Police said Sweeting was behind the wheel of a Kia Sedona around 11:30 p.m. Monday on Highway 278 when he failed to stop for an officer.

Sweeting took off and ran into the city of Cedartown. Officers were able to deploy stop sticks to end the brief pursuit.

He was booked into the Polk County Jail.