Holiday shoppers confronted a man inside a Griffin Walmart and accused him of taking pictures in the store's bathroom. Police eventually arrested Montavious Dixon.

GRIFFIN, Ga. - The holiday shopping season got started in a bizarre way in Griffin after Walmart shoppers confronted a man accused of taking pictures in the store bathroom.

Montavious Dixon was arrested by police. Griffin police said Dixon was inside the Walmart bathroom taking pictures over the stall, under the stall, a crowd gathered and waited for him to come out.

"I think people were talking. Some people came out and said hey this is going on in there. Family members were there and said we are going to wait and see who this is," said Laurie Littlejohn, Griffin Police Department.

Police said it was 25-year-old Dixon. They said several people including children reported to family members that a man was trying to take pictures over and under the stall walls at the Griffin Walmart. Police said those family members waited to confront Dixon when he came out.

"When he came out he realized what was going on and fled the area," said Littlejohn. 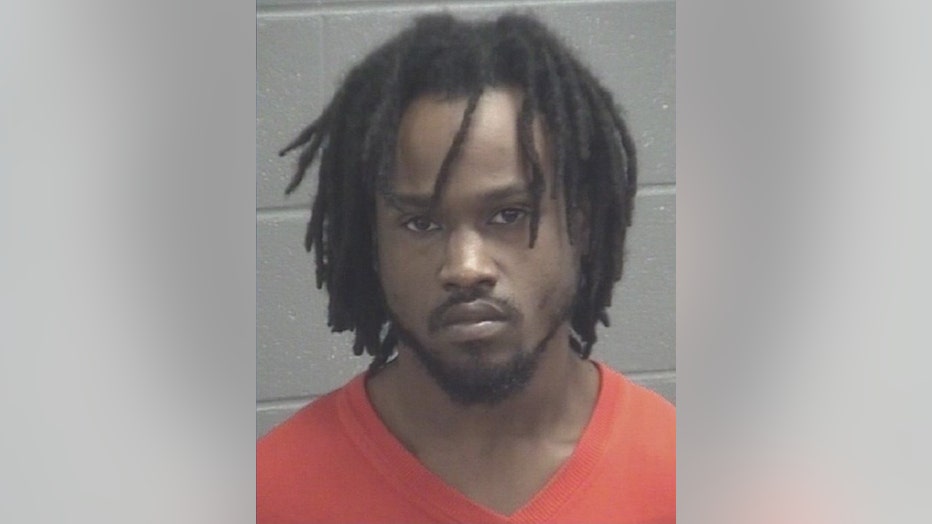 Police credit Walmart loss prevention workers with getting a description of Dixon and his car. Griffin police said they pulled him over near the Walmart and he denied taking pictures.

Police said they got a warrant to search his motel room and say they have seized evidence in the case.

"They did get the phone and that’s being handled as we speak," said Littlejohn.

With Dixon’s phone in the hands of police, investigators said more charges are possible, depending on what police find.