SCREVEN COUNTY, Ga. - The family of a man the Georgia Bureau of Investigation says was shot and killed by a state trooper during an attempted traffic stop is speaking out.

On Friday, the GBI announced that 27-year-old trooper Jacob Gordon Thompson had been fired, arrested, and charged with felony murder and aggravated assault for the shooting in Screven County.

The GBI said the victim, 60-year-old Julian Edward Roosevelt Lewis, was fatally shot Aug. 7 after a chase in the rural county.

Thompson had tried to pull over a car for a traffic violation when the driver tried to flee, the GBI said in a news release. The agency said the trooper chased the vehicle down several country roads before performing a maneuver that forced the car to come to a stop in a ditch.

At some point afterward, Thompson fired a single gunshot that hit Lewis, killing him, the GBI said. The trooper was not injured. 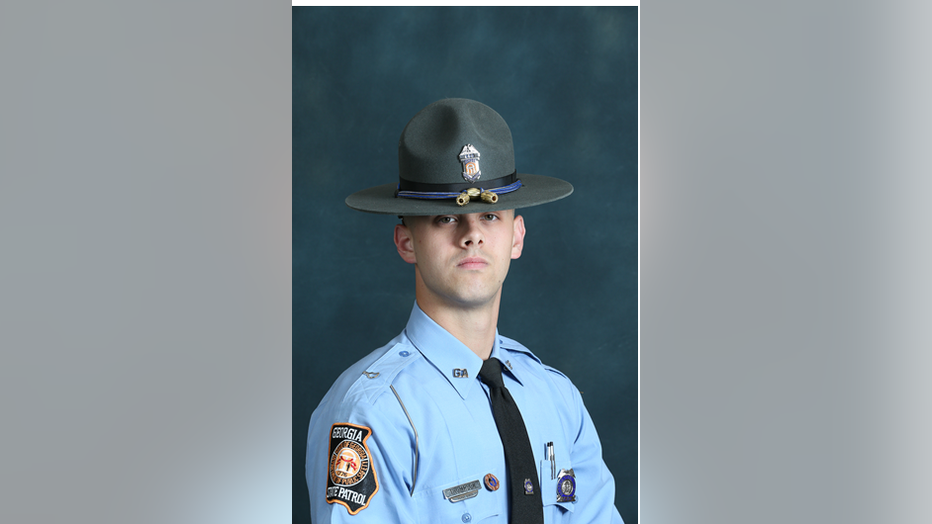 The Georgia Department of Public Safety said it fired Thompson after he was charged Friday. He had been a trooper for the Georgia State Patrol since 2013.

Lewis’ wife, Betty Lewis, learned of the trooper’s arrest as she left the funeral home after making final arrangements for her husband’s graveside service Saturday.

“She fell to her knees,’ Lewis family attorney Francys Johnson said. “She said, `This is a step towards justice.’”

Lewis was a carpenter who recently helped a local ministry finish a construction project, Johnson said. He said Lewis’ wife told him her husband didn’t own a gun.

“He was not a perfect member of the Lewis family,” he said, “but as his wife said, `He was too good to die the way he did.’” 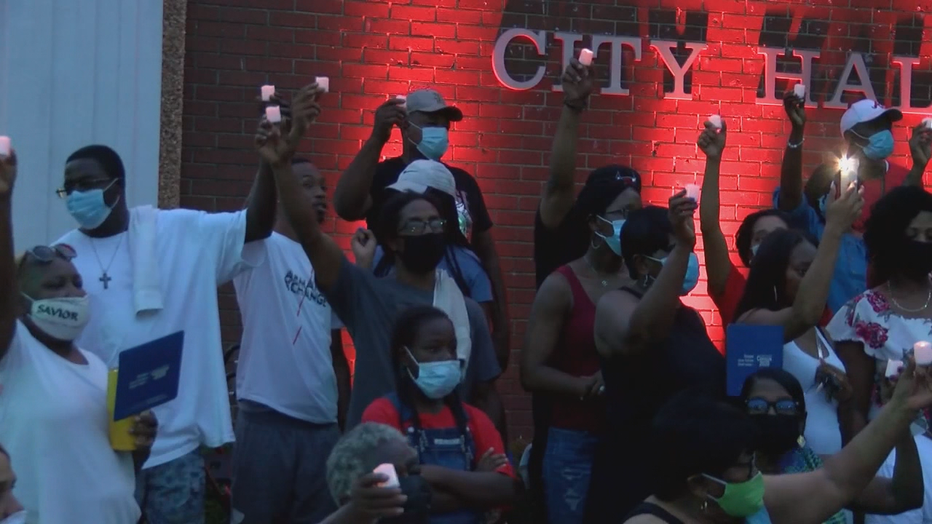 Following the news of Thompson's arrest, Lewis' loved ones gathered outside the Sylvania, Georgia city hall to demand justice and hold a candlelight vigil.

A large group carried signs asking for justice for Lewis while remembering the 60-year-old carpenter.

"Screven County showed up because Julian Lewis didn't deserve to die like he did on Stony Pond Road..." Johnson said.

Lewis' wife was overwhelmed by the large turnout and expressed her pain, calling Lewis a loving man.

"My soulmate was gone. I wish that on nobody, nobody... to know that feeling of loneliness. how he touched, how he loved.  You can't... he couldn't cuddle with me," Betty Lewis said.