"On behalf of the family of Ryan Cameron, we are asking for your fervent prayers as he recovers from emergency surgery that took place earlier this week. We ask for privacy during this difficult time. Thank you for your love and concern." 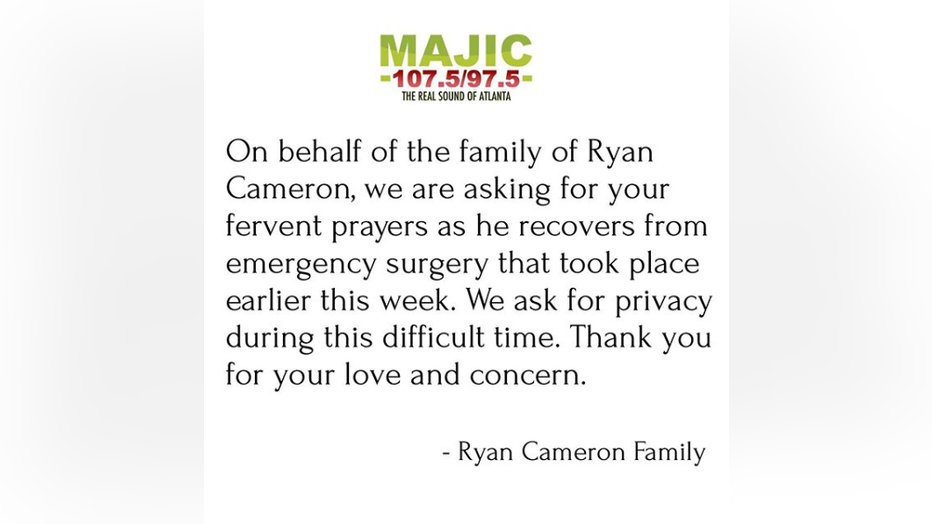 Cameron currently serves as the PA announcer for the Atlanta Falcons and Atlanta Hawks.

Cameron had a long time career at V103, before leaving in early 2018 to pursue other business ventures.

After 8 months off of the Atlanta area airwaves, the popular radio personality returned to his roots. He took over the afternoon drive time slot on R&B station Majic 107.5/97.5 in late 2018.