ATLANTA - Sens. David Perdue and Kelly Loeffler announced their support of a lawsuit filed to the Supreme Court by a Texas official that is challenging the election results in Georgia and three other states.

The suit from Republican Texas Attorney General Ken Paxton demands that the 62 total Electoral College votes in Georgia, Michigan, Pennsylvania, and Wisconsin be invalidated. That’s enough, if set aside, to swing the election to Trump.

Legal experts dismissed Paxton’s filing as the latest and perhaps longest legal shot since Election Day, and officials in the four states sharply criticized Paxton. “I feel sorry for Texans that their tax dollars are being wasted on such a genuinely embarrassing lawsuit,” Wisconsin’s attorney general, Josh Kaul, said. 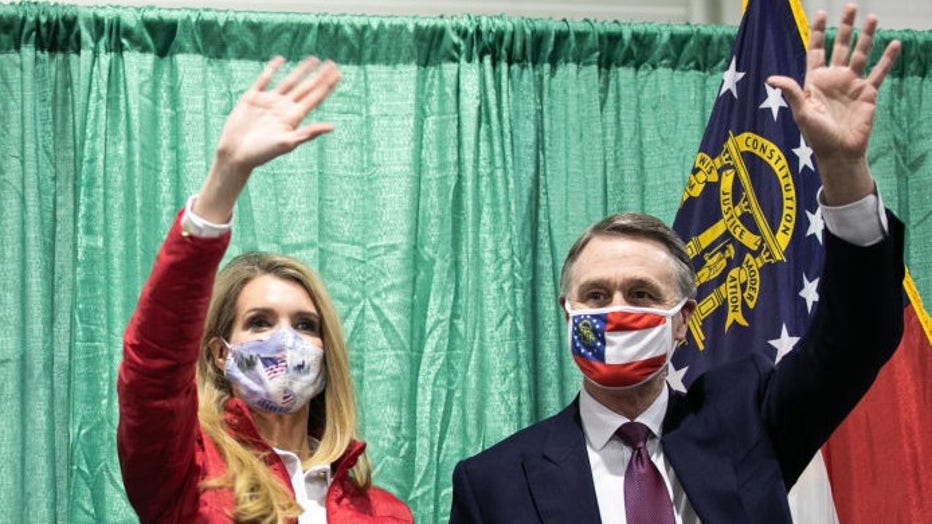 Sen. David Purdue and Sen. Kelly Loeffler wave to the crowd of supporters at a "Defend the Majority" rally with Sen. Tom Cotton. (Jessica McGowan/Getty Images)

"With all due respect, the Texas Attorney General is constitutionally, legally and factually wrong about Georgia," a spokesperson for Carr told the Dallas Morning News.

Loeffler and Perdue, who had previously called for Secretary of State Brad Raffensperger's resignation, announced through Twitter on Tuesday that they supported Texas' effort.

"We fully support President Trump’s legal recourses and Attorney General Paxton's lawsuit," the senators said their statement. "The President has every right to use every legal recourse available to guarantee these simple principles: every lawful vote cast should be counted, any illegal vote submitted cannot be counted, and there must be full transparency and uniformity in the counting process."

Rev. Raphael Warnock, who is challenging Loeffler for her Senate seat, responded by calling their statement "a new low," arguing that the lawsuit "is trying to undo the will of Georgia voters."

"Ballots were counted three times. I am proud to stand with the overwhelming majority of Georgians of both parties who believe in defending democracy and fair elections," Warnock said.

The new lawsuit came on the same day the Supreme Court rejected a Republican bid to reverse Pennsylvania’s certification of President-elect Joe Biden’s victory in the electoral battleground.

Without comment, the court refused to call into question the certification process in Pennsylvania, which Democratic Gov. Tom Wolf already has certified with a Biden victory over President Donald Trump.

Early this week, a federal judge appointed by President George W. Bush, dismissed a lawsuit filed in Georgia by attorney Sidney Powell, who had been dropped from the Trump legal team a few weeks ago.

Judge Timothy Batten said the lawsuit sought “perhaps the most extraordinary relief ever sought in any federal court in connection with an election.”

“They want this court to substitute its judgment for that of two-and-a-half million Georgia voters who voted for Joe Biden and this I am unwilling to do,” Batten said.

The Supreme Court has asked for responses by Thursday. Out of the roughly 50 lawsuits filed around the country contesting the Nov. 3 vote, Trump has lost more than 35 and the others are pending, the Associated Press reported.