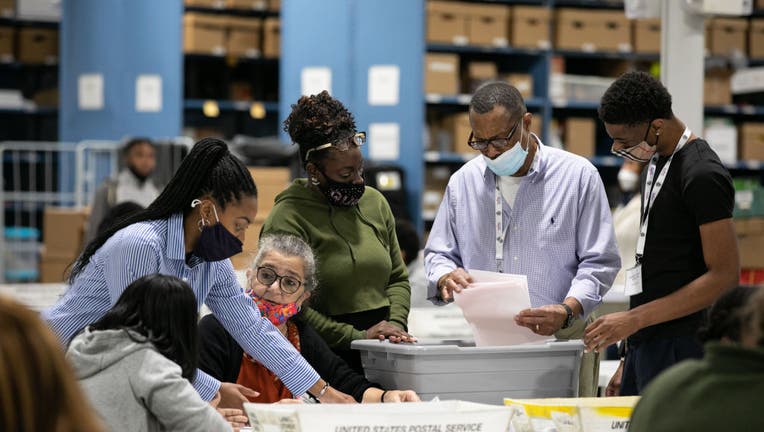 ATLANTA - The Texas State Attorney General has named Georgia and three other states in a lawsuit accusing officials of violating the Consitution in the 2020 election.

In the latest legal challenge contesting the legitimacy of the 2020 election, Attorney General Ken Paxton brought his suit to the U.S. Supreme Court, asking the court to invalidate the electoral votes from Georgia, Michigan, Pennsylvania, and Wisconsin - a move that would swing the election to Trump and would be unprecedented in American history.

In the lawsuit, Paxton alleged that the states violated the Constitution based on a litany of already-dismissed complaints, claiming the states didn’t do enough to protect absentee and mail-in ballots. State officials, including Georgia's Secretary of State Brad Raffensperger, have previously said they found no evidence of widespread voter fraud and irregularities.

“Trust in the integrity of our election processes is sacrosanct and binds our citizenry and the States in this Union together,” Paxton wrote in a statement Tuesday. “The states violated statutes enacted by their duly elected legislatures, thereby violating the Constitution.”

In the Georgia section of Paxton's court filing, the attorney general argued against a rule where absentee ballots were allowed to be scanned prior to Election Day. Paxton also objected to a court settlement between Raffensperger and the Democratic Party over the state's absentee ballot signature verification.

Georgia's two U.S. senators issued a joint statement in support of the lawsuit that reads:

"We fully support President Trump’s legal recourses and Attorney General Paxton's lawsuit. The President has every right to use every legal recourse available to guarantee these simple principles: every lawful vote cast should be counted, any illegal vote submitted cannot be counted, and there must be full transparency and uniformity in the counting process. This isn't hard and it isn't partisan. It's American. No one should ever have to question the integrity of our elections system and the credibility of its outcomes."

Paxton's lawsuit comes a day after U.S. District Judge Timothy Batten, appointed by President George W. Bush, dismissed a lawsuit filed in Georgia by attorney Sidney Powell, who was dropped from the Trump legal team a few weeks ago but has still continued to spread faulty election claims.

The lawsuit claimed widespread fraud meant to illegally manipulate the vote count in favor of Biden. The suit said the scheme was carried out in different ways, including ballot stuffing, votes flipped by the election system from Trump to Biden and problems with absentee ballots. The judge summarily rejected those claims.

Batten said the lawsuit sought “perhaps the most extraordinary relief ever sought in any federal court in connection with an election.”

He said the lawsuit sought to ignore the will of voters in Georgia, which certified the state for Biden again Monday after three vote counts.

“They want this court to substitute its judgment for that of two-and-a-half million Georgia voters who voted for Joe Biden and this I am unwilling to do,” Batten said.

Georgia’s top elections official recertified the state’s election results Monday, with the final result being Joe Biden winning by a margin of 11,779.