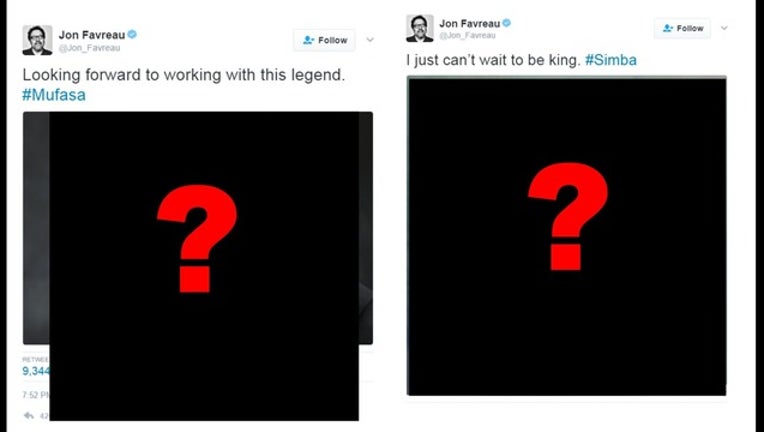 The director of the upcoming live-action remake of The Lion King has announced who will play the lead roles.

John Favreau tweeted photos revealing that Donald Glover will star as Simba, while James Earl Jones will reprise his 1994 role as Mufasa.

Disney and Favreau announced the remake of The Lion King following the success of the live-action remake of The Jungle Book in 2016.

Favreau is also set to direct the live-action sequel to The Jungle Book. Donald Glover will play a young Lando Calrissian in a Han Solo film from the Star Wars universe.