Christian Swope learned the life-saving techniques from his aunt, who says she's extremely proud of his heroism.

NEWTON COUNTY, Ga. - A Newton County sixth grader is being called a hero after his quick thinking helped save his friend's life.

Christian Swope was eating his lunch at Liberty Middle School Wednesday when he noticed his friend was choking and couldn't breathe.

Swope ran over, performed the Heimlich Maneuver, and dislodged the food from his friend's throat.

The Georgia 12-year-old says he learned how to do the Heimlich and CPR from his "auntie," who is a nurse.

After learning that his friend would be okay, Swope says his classmates cheered for him and called him a lifesaver.

His aunt, Mercy Aguilar says she was extremely proud of her nephew.

"I was just so ecstatic and shocked when I found out. When you get a call from the school during the day you don’t expect it to be good news," Aguilar said. "I was just speechless and absolutely proud when they told me what he did. He actually saved a life."

She said that she never thought in her wildest dreams when she taught her nephews the safety moves that they'd actually use them.

"But he did. I’m absolutely proud of him. He actually got it and was effective using the maneuver," she said. 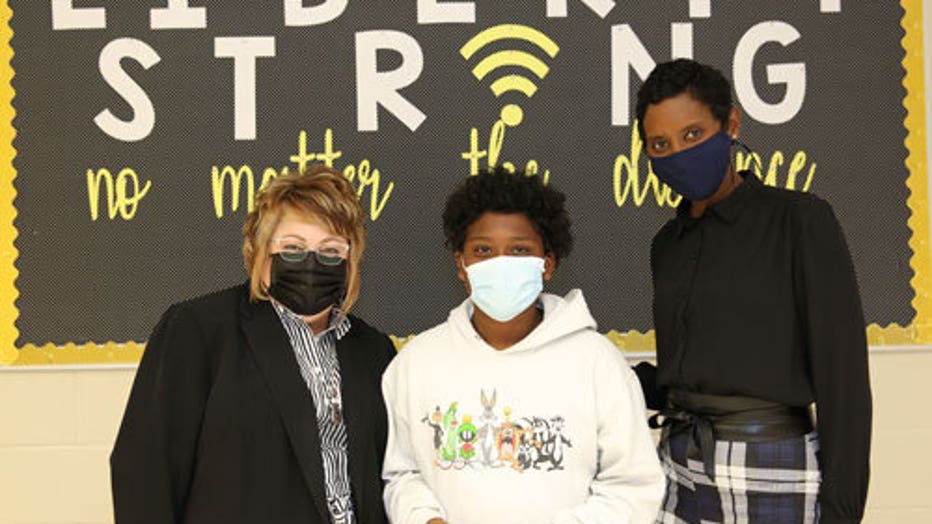 After Newton County School Superintendent Samantha Fuhrey learned about Swope's actions, she presented him with her Superintendent's Coin of Distinction.

"He’s a remarkable young man," Fuhrey said. "I am beyond proud of him. I reserve the Coin of Distinction for only the best of the best, and Christian definitely meets the criteria."