Police arrested suspects who stole a car with a toddler inside.

ATLANTA - Police in Atlanta released the video showing the critical search for a stolen car with a 1-year-old child inside and subsequent arrest of the teenager accused of driving off with that vehicle.

The call came into the Atlanta Police Department around 5:37 p.m. reporting a stolen red Ford Focus. Police said officers were quickly able to pick up the trail of the car near University and Pryor St. SW.

"I have a son who just turned one at home so I could only imagine what that mom was feeling," said Officer Demetrius Johnson.

Johnson was the first officer to see the fleeing vehicle.

"I felt like at that time—you were taking my kid," he said. 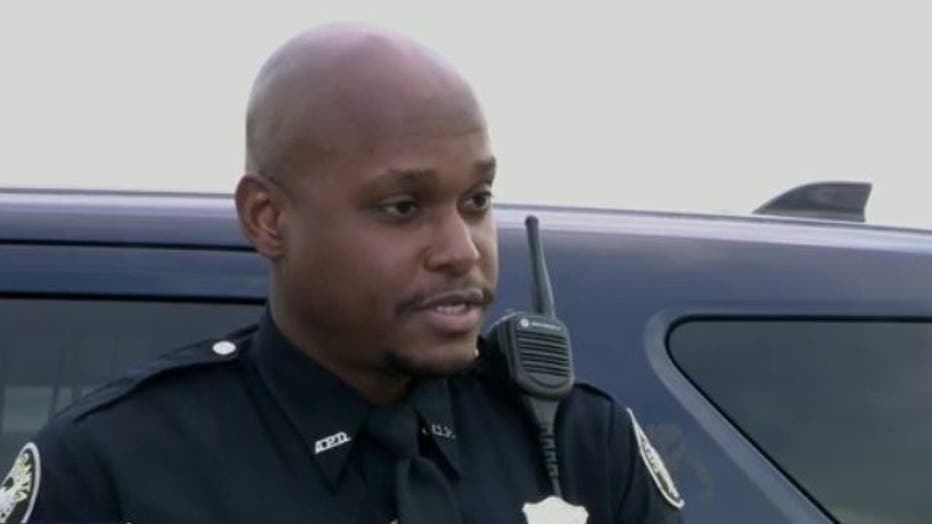 All he could think about was getting the baby back to her mother, he said.

"My main focus was the baby," he said.

Officer Johnson had been following the car when the driver started to act strange.

"They kept switching lanes without signaling. They kept cutting in front of cars," the officer said.

The officer believes the driver must have spotted him at some point and began to panic.

"They just took off," he said. "Now they are trying to flee from me." 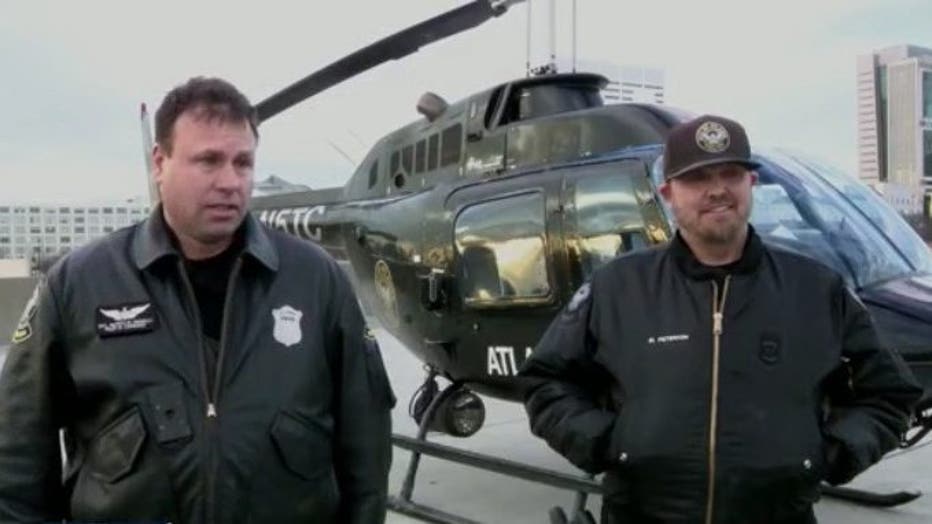 While officers had been saturating the area on the ground, APD’s Phoenix Air unit flew in to give a bird’s eye view.

"It was pretty tense at first," said Officer Matthew Peterson with APD’s Phoenix Air unit. "It’s part of our job. We got to stay calm up there, especially in the helicopter."

But the search for the suspects changed when the car crashed into a stop sign and those inside ran from the accident.

"We try to get in the perps head and see what possible way they could’ve run," Officer Peterson said.

And that’s what Officer Peterson was doing on the evening of Jan. 17.

"Originally, we started to search the wood line area with our infrared cameras," said Officer Peterson.

But it wasn’t too long before something caught his eye.

"As we’re doing orbits, I happen to see a heat signature coming from the dumpster," said Officer Peterson. 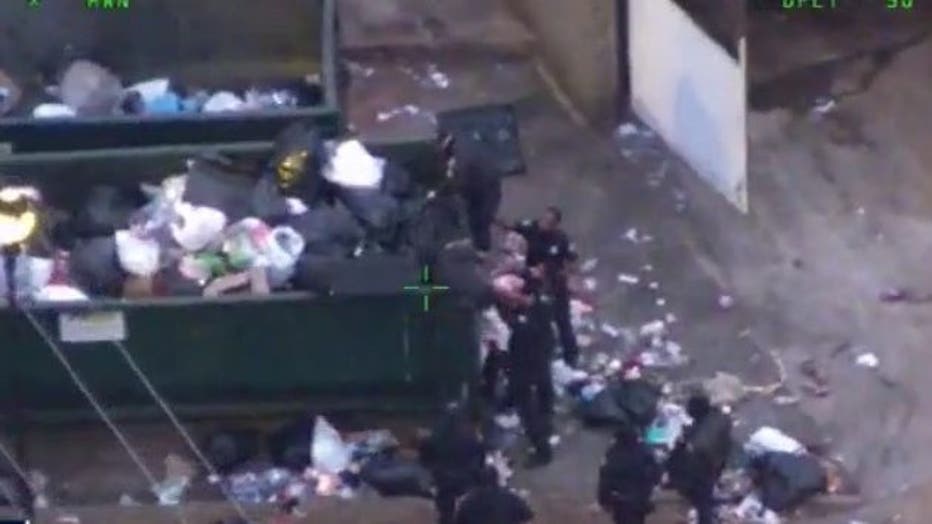 Atlanta police officers sift through garbage to pull a kidnapping suspect found by the air unit hiding in a dumpster on Jan. 17, 2022. (Atlanta Police Department)

In a video exclusively released to FOX 5, the helicopter’s camera can be seen picking up a heat signature inside a large dumpster under a mound of trash in the 1700 block of Richmond Circle SE. Officer Peterson said the heat signature was pretty strong.

"I just want to verify that’s not him hiding in there," Officer Peterson could be heard on the video.

The video shows the hiding suspect as a bright spot.

"To me it seemed odd because those dumpsters are pretty thick," the officer told FOX 5.

"He knew he was in big trouble and he didn’t want to get caught, so he was desperate," Officer Johnson said.

Officer Johnson got into the dumpster and sifted through the piles of debris.

"And then I saw two knee caps looking at me," the officer said. "He was laying down, in the fetal position in the dumpster." 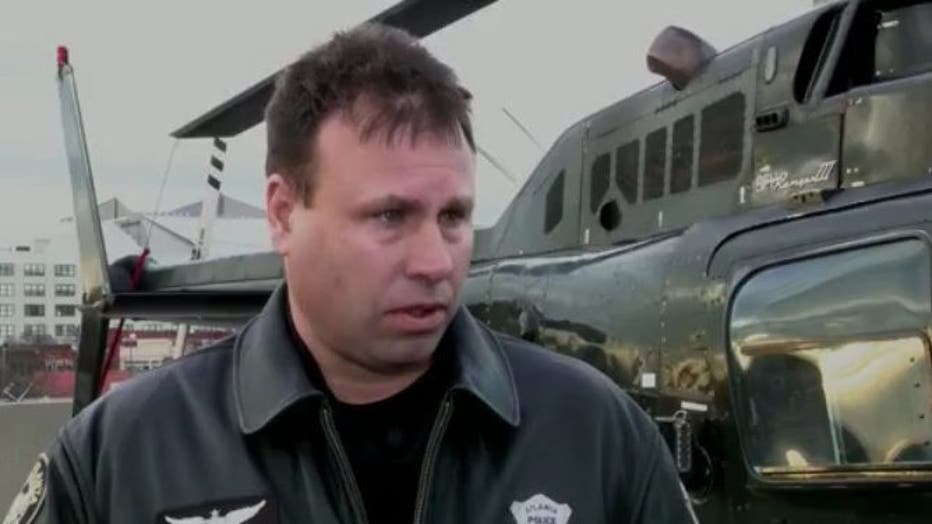 Officer Peterson said he was "pretty surprised" to find out it was indeed the suspect hiding in the dumpster.

"When they were pulling him out of the dumpster, we looked at each other and gave each other a little fist bump," Officer Peterson said.

"In his mind, he was trying to get the closest spot he could and hide so that way he wasn’t visible," said Officer Johnson.

Terrance Patterson, 16, was taken into custody. His accomplice was able to elude the police.

As for the infant, police said the crooks left the young girl on the curb. Thankfully someone found the baby and brought her to the lobby of a business located in 400 block of West Peachtree St. NE and called 911. Police said the child was not injured and was reunited with her mother.

"It was very satisfying as a parent. I was happy to hear the child was reunited with her mom," said Officer Peterson.

Patterson was charged with kidnapping, cruelty to children, theft by taking, and obstruction. He was booked into the Fulton County jail.