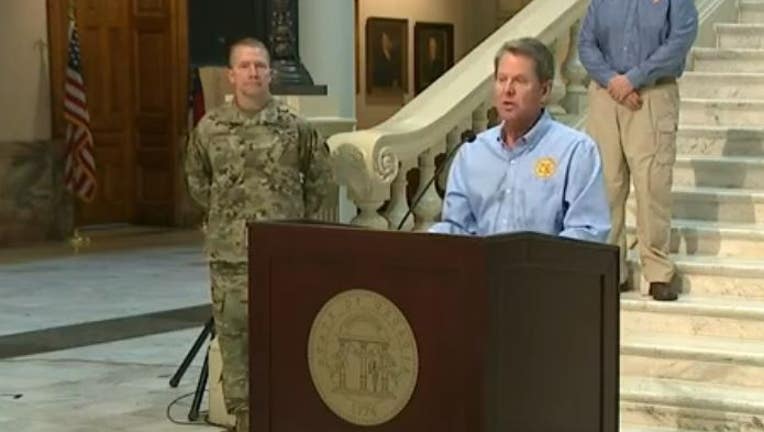 ATLANTA - Gov. Brian Kemp announced Wednesday that he will use $1.5 billion that Georgia got from the federal COVID-19 relief to bail out the state’s indebted unemployment system, deciding against passing the money to local governments that could have then used it to give grants to businesses and train workers.

The Republican governor said Wednesday that using the biggest remaining chunk of federal relief money this way would shield businesses from a possible increase in state unemployment taxes to repay the debt.

A number of other states have also used shares of their federal relief to bail out their unemployment systems, including Alabama, Tennessee, South Carolina, Arkansas, Iowa and Montana. But some local officials were angered, having expected more grants in addition to the hundreds of millions that local governments have already received to repay direct expenses.

“I am more than disappointed at this absolute reversal at the expense of local governments and local needs,” wrote Johnson, a prominent Democrat.

Business groups applauded the move, though.

“It relieves the financial pressure on the General Assembly to raise taxes on small businesses in order to support the Georgia Unemployment Trust Fund,” National Federation of Independent Business state Director Nathan Humphrey said in a statement.

The governor said he was reserving $400 million in remaining federal aid for other coronavirus expenses, including possibly a smaller amount for local governments. 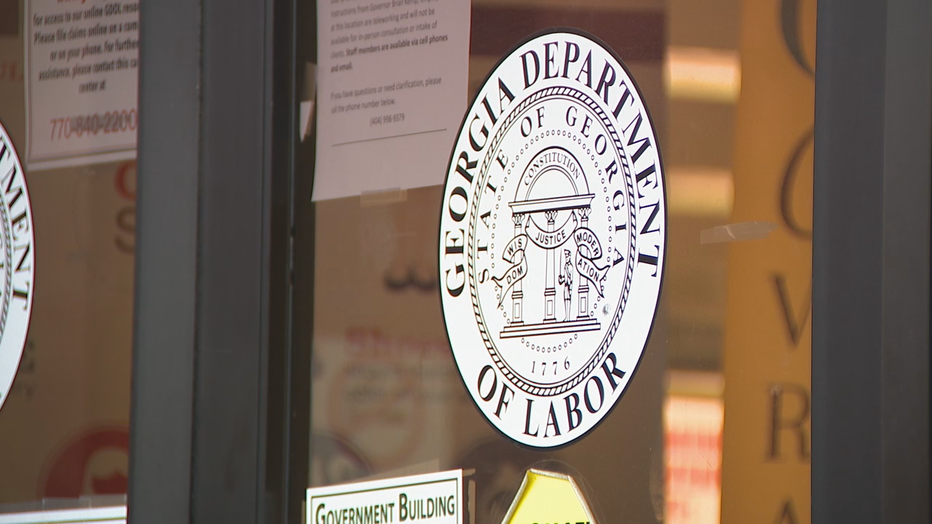 Georgia has already borrowed $600 million from the U.S. Treasury and is taking on new debt at the rate of more than $350 million a month. In March, Georgia had $2.5 billion in its unemployment trust fund, but that money ran out in September. Georgia workers have gotten roughly $15 billion in state and extra federal assistance since COVID-19 began to spread in March. In the week that ended Sept. 26, almost 450,000 laid off Georgia workers were being paid regular state unemployment benefits.

A new employer currently pays 2.7% of the first $9,500 in wages per employee per year in Georgia, or $257 in unemployment insurance taxes. Other employers are charged between 0.04% and 7.56% depending on their history of layoffs.

Kemp said the move would shield employers from an additional $350 per year per worker in taxes. Labor Commissioner Mark Butler said tax rates would have to more than triple.

Butler, an elected Republican, and Kemp, also noted that employers could have to pay additional federal unemployment taxes and that Georgia could have to pay interest on the loan from the Treasury. Georgia is not initially paying interest.

“This reallocation of federal funds will allow more employers across the state to focus on the growth and success of their businesses without having the additional pressure of a rising unemployment tax,” Butler said in a statement.

In 2012, in part to pay off $760 million in unemployment debt following the Great Recession, Georgia cut the number of weeks it would pay benefits to a maximum of 20 when the unemployment rate was above 9%. Those moves have been partially reversed since the pandemic started, with the governor’s state of emergency allowing for 26 weeks.

Kemp signed a law passed this year starting payments at 14 weeks when the jobless rate is 4.5% or lower and topping out at 26 weeks when the unemployment rate is above 10%.

Previously, workers who earned as little as $50 dollars a week could have their jobless benefits reduced. Under Georgia’s pandemic emergency, Butler raised that amount to $300 a week, meaning someone could earn up to $665 a week — the $300 a week in wages plus Georgia’s maximum weekly jobless benefit of $365 a week. The new law gave Butler the option of keeping the threshold for beginning to lose benefits at $300 per week even after Kemp ends the state of emergency.