One on One with former Atlanta Mayor Kasim Reed

Reed spoke with FOX 5's Morse Diggs to outline his plans to fight crime if were to be elected.

ATLANTA - Kasim Reed says he will keep the city jail open and rebuild the police ranks -- including hiring a new chief.

Those are some of the specifics the former mayor outlined in a message to voters should they return him to office in November.

"There's a lot of foolishness going on, and we have got to stop that foolishness," Reed said

The former mayor pledged he can stem rising crime because he knows how to do it. He cites a crime reduction during his tenure of 33%.

Reed is also the only mayor who was able to obtain the goal of putting 2,000 officers on the street.

"I think Rodney Bryant is a good man, a competent manager," Reed added, "but we need a new start." 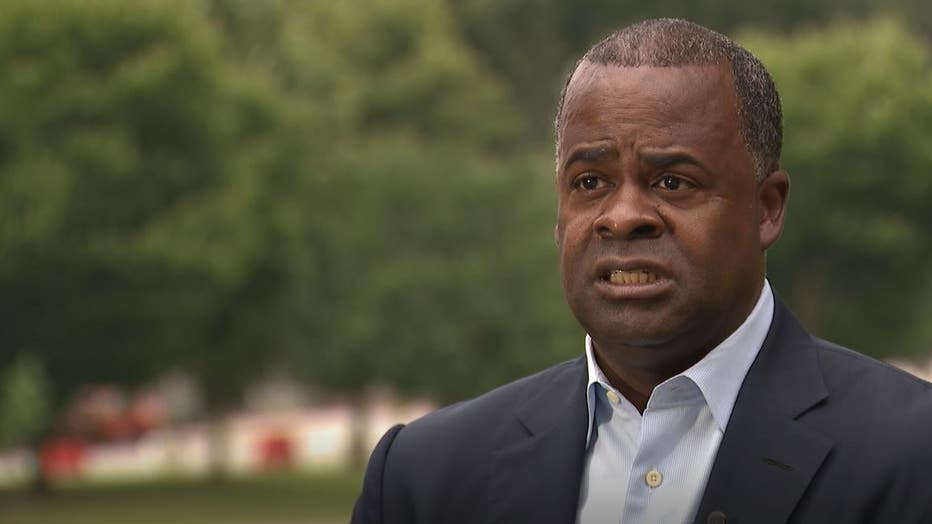 Former Atlanta Mayor Kasim Reed sits down with FOX 5's Morse Diggs to discuss his run to return as mayor.

The rise of youth crime is a big concern.

"We cannot allow a 15-year-old to shoot somebody," he added, referring to a shopping mall incident.

If Reed is successful, he knows he would need to revitalize how many officers feel about policing after all the controversies about officer involved incidents here and around the country.

Reed said there can be additional training, sensitive engagement with citizens.

"But police need to know the mayor has their back," Reed added.