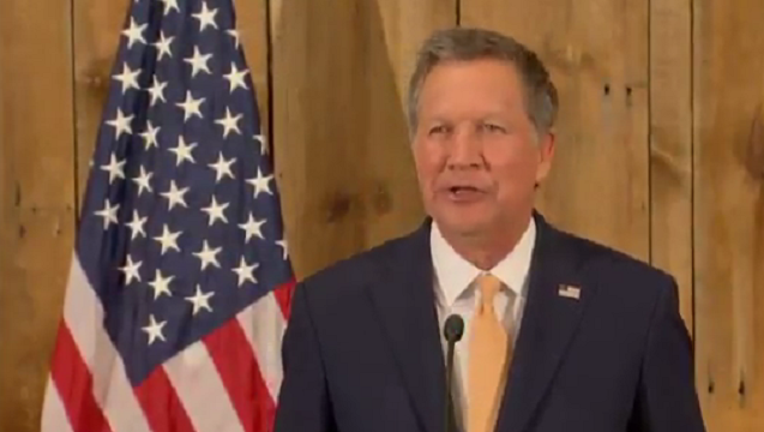 COLUMBUS, Ohio (AP) — Ohio Gov. John Kasich has suspended his presidential campaign, but believes God isn't finished with him yet.

Kasich said that while he ran for president with a hopeful message, he always acknowledged that God might have "another purpose" for him.

The Ohio Republican said he remains confident in God's guidance despite the failure of his presidential bid. Kasich said he has "deeper faith that the Lord will show me the way forward and fulfill the purpose of my life."

Kasich has said he's not interested in the vice presidency, but Donald Trump told CNN's Wolf Blitzer that Kasich could be on his list of possible running mates.