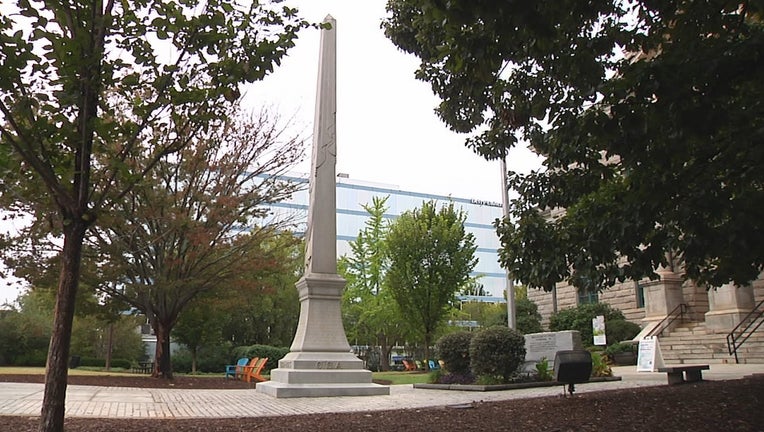 DECATUR, Ga. - A DeKalb County Superior Court Judge has ruled the Confederate obelisk monument on the Decatur square is a public nuisance and must be removed immediately. This after an emergency hearing over Zoom on Friday.

A DeKalb County Superior Court Judge has ruled the Confederate obelisk monument on the Decatur square is a public nuisance. This after an emergency hearing over Zoom on Friday.

Decatur city attorney Bryan Downs argued in his complaint filed against DeKalb County, that owns the monument, that “in recent days the monument has been an increasingly frequent target of graffiti and vandalism; and it is inspiring outrage, leading to demonstrations and protests, which potentially expose the public and police officers to COVID-19 and which could result in violence, injury or death to individuals, including those who may attempt to forcibly remove the monument.”

Judge Clarence F. Seeliger, in his ruling issued late Friday afternoon, ordered the immediate relocation of the monument “to a secure location for storage until further Order of the Court.”

In the order, the judge wrote:

“In short, the Confederate obelisk has become an increasingly frequent target of grafﬁti and vandalism, a ﬁgurative lightning rod for friction among citizens, and a potential catastrophe that could happen at any time if individuals attempt to forcibly remove or destroy it.” 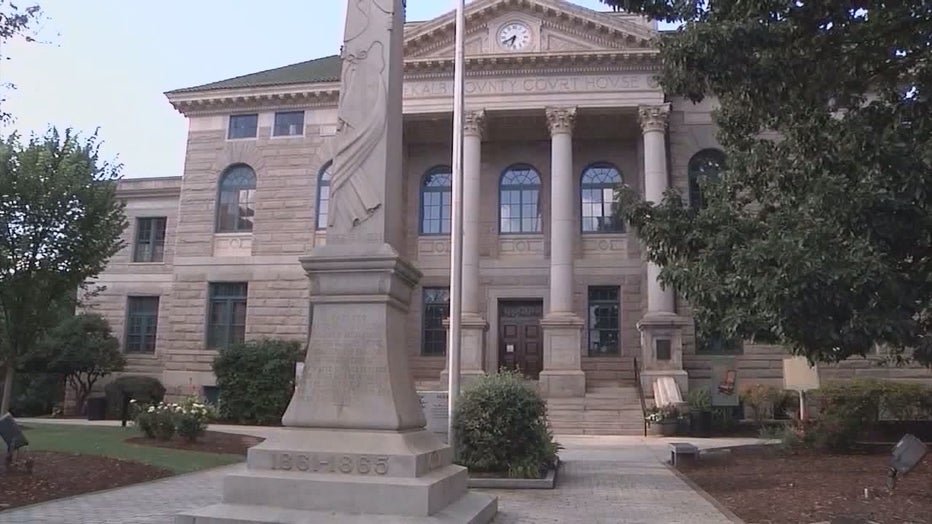 Under Georgia state law, “No publicly owned monument honoring Confederate soldiers shall be relocated, removed or altered in any fashion” however the judge addressed the law in the rule, writing:

“Though the Obelisk will be stored out of public view, abatement, as required by this Order, is not for the purpose of preventing the public display of the Obelisk, but instead is an appropriate measure to abate a public nuisance and protect the Obelisk.” 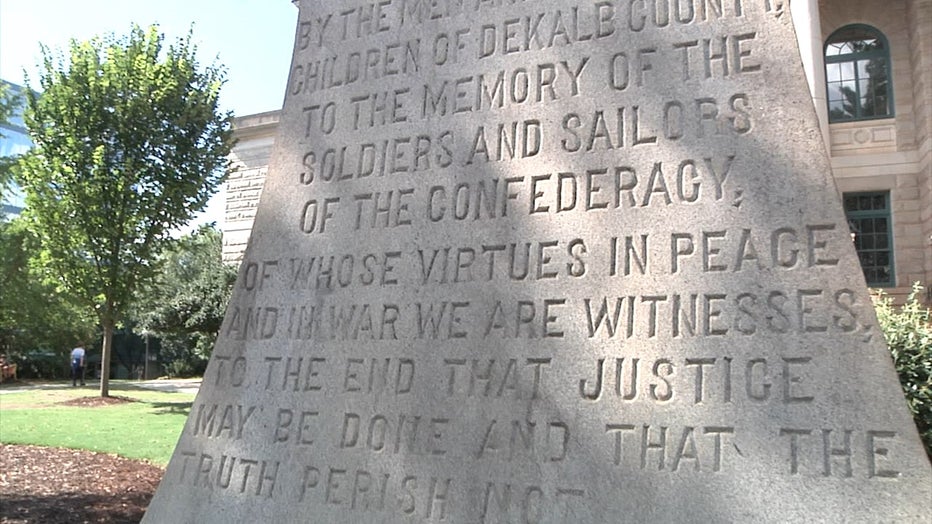 The Confederate monument called "The Lost Cause" was erected in 1908 in the square, the same year the Georgia legislature ratified an amendment, preventing African Americans from voting.

“We appreciate DeKalb County’s efforts in recent years to attempt to relocate the monument and we share the County’s frustration that no one was willing to accept the monument.  We are at a point now where we cannot delay.  This symbol of hate and oppression has created a real and present danger to our community and it must be moved for the protection of the public,” Mayor Patti Garrett responded to the ruling in a statement sent to FOX 5.

Mayor pro tem Tony Powers added in that same statement, “This monument is a lightning rod for all of the emotions that have surfaced after the racially-motivated events at the national level and the racist incidents right here in our community.  We have a lot of work to do as a community, but we must take this step to protect the safety of the Decatur community.”