Atlanta police said they found a 28-year-old man injured and unresponsive on the train tracks in the Lindbergh area of Buckhead over the weekend. Investigators are working to figure out what happened.

ATLANTA - The family of an Atlanta man found beaten and bleeding on train tracks says he's fighting hard to recover from his attack.

Tuesday, Joshua Dowd's family released a photo to FOX 5, saying that "the prayers are working."

Dowd has been in a coma since has found the morning of Sunday, July 11 on the 2100 block of Piedmont Road in the Lindbergh area. According to the Atlanta Police Department's incident report, someone spotted the 28-year-old barely breathing, laying on the train tracks, and bleeding from the head.

"It was a blunt force trauma to his head. Someone has put him in a very tough spot," Dowd's boyfriend Colin Kelly said.

Kelly told FOX 5 last week that has not given up hope that his boyfriend would recover. 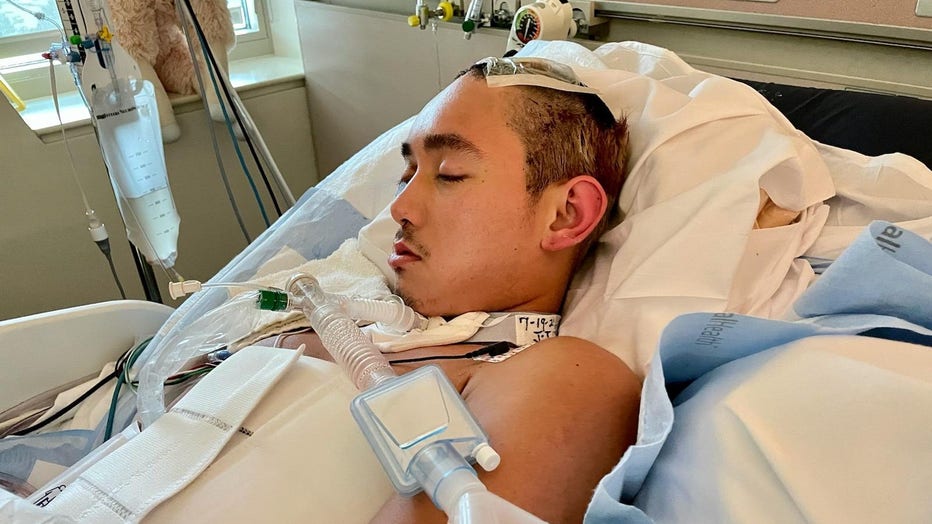 Calling the recovery an "impossible challenge," Dowd's family says that his swelling is coming down and some of the bandages are coming off.

"He is starting to blink his eyes and look around. Not fully, but partially," a family member told FOX 5's Eric Perry. "And it’s so exciting! The prayers are working."

This family hopes someone will come forward with answers of who could have left Dowd with his injuries.

"Our worlds are just falling apart. We can’t go anywhere without thinking about the impact he’s made," Kelly said.

Friends have started a GoFundMe to help with mounting medical bills.

"Joshua is the most kind, caring, spirited, Ariana Grande-loving person on this planet. He has changed the lives of many," the organizers wrote. "Joshua is the type of person who leaves a mark everywhere he goes, and none of us want to ever imagine a life without him."

Anyone with information about the attack should contact the Atlanta Police Department.