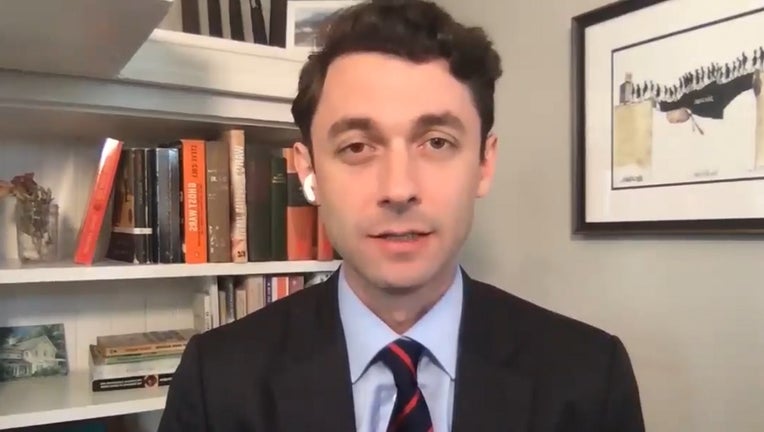 Ossoff's campaign released a statement Saturday morning, which read that Dr. Alisha Kramer started isolation "immediately" after displaying systems. The statement went on to say that Ossoff was also experiencing symptoms and was awaiting test results.

"Dr. Kramer, like so many health care workers, puts herself at risk to care for Georgia's pregnant women, delivering mothers, and newborn babies. She is a hero," said Miryam Lipper, Ossoff campaign communications director. "Jon has not held or participated in an in-person campaign event in over a month and will remain in isolation until medical professionals clear both him and Dr. Kramer."

THE ROAD TO NOVEMBER

Ossoff won the Democratic primary election held in June by more than 51 percent, clinching the nomination. He is running against Republican incumbent Sen. David Perdue in the general election in November.

In a tweet Saturday, Perdue offered his prayers to Kramer and wished the couple a speedy recovery.

"Bonnie and I wish Alisha Kramer a speedy recovery; our prayers are with her and Jon Ossoff," the tweet read.