Saxophonist Dave Koz isn't spending the holidays on the road this year -- but that doesn't mean he isn't sharing his gift with fans.

ATLANTA - For more than two decades, Grammy-nominated saxophonist Dave Koz has spent his holiday season on the road.

"We would normally be out on our 23rd annual Dave Koz and Friends Christmas Tour right now,” says the jazz musician. “We would have already played our show at Cobb Energy Centre!”

This year, of course, is different; due to the ongoing pandemic the tour was called off, which means Koz is spending the holidays at home.

“It's actually kind of been nice to be home for a minute. I haven't been home for 23 years, this time of year." 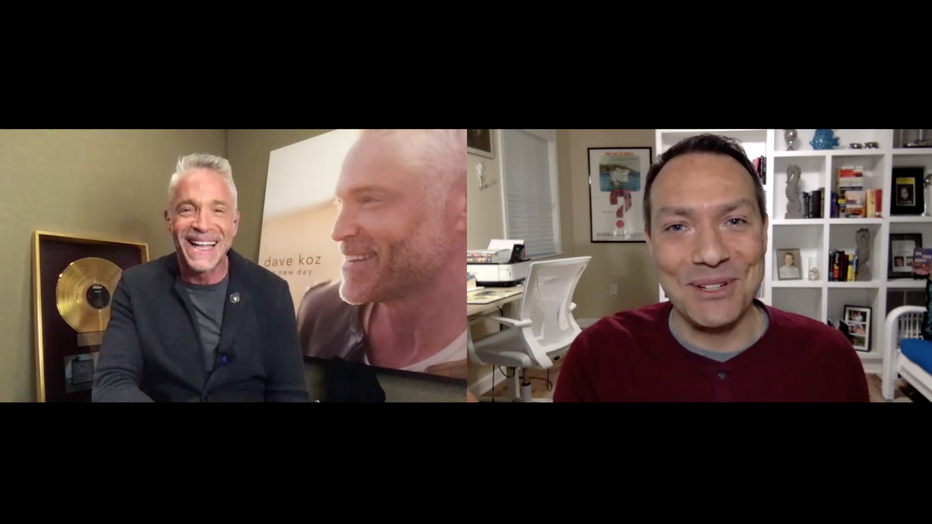 Still, just because Dave Koz is at home doesn’t mean he isn’t staying busy.  The musician just released his first album of all-new material in 10 years, titled A New Day; it peaked at #2 on Billboard’s Contemporary Jazz Albums chart in November.

“I didn't know what album to make until the pandemic hit,” he explains.  “And when it hit, I sort of recognized what I was doing with music; I would be going to my feel-good music heroes, just to make me feel better.  And so, I thought, ‘Maybe this is what I should be doing during the pandemic.’”

Koz says a few phone calls later, he and his friends were recording an album, and — for the first time in his career — doing it virtually.

“Nobody was in the studio with anybody else, it was all completely virtual.  And yet, the surprise was that this was a very cohesive album that really sounded beautiful, and these performances just leapt out of the speakers because everyone had this pent-up creative energy."

This Saturday at 8 p.m. ET, Koz and friends will perform a one-night-only live virtual concert of Christmas classics, titled The Greatest Hits of Christmas; tickets are $35 and also include a digital copy of two of Koz’s latest albums, A New Day and Gifts of the Season.  A portion of the proceeds will be donated to the Starlight Children’s Foundation.

As for his love of holiday music, Koz says it comes from an authentic, if unexpected place.  "It's ironic, because I was born into a Jewish family, and we never celebrated Christmas growing up,” he says with a laugh.  “I used to go to friends’ houses and decorate trees and listen to Christmas music.  So, maybe that's part of it…because I didn't grow up with it.”