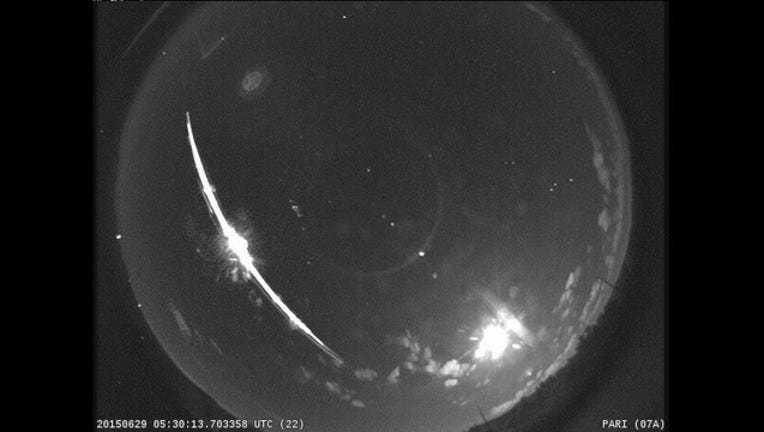 So what was that bright light burning across the sky early Monday morning? According to NASA scientists, it was likely just a piece of space junk. That's right, not a UFO, not even a meteor, rather a piece of junk entering the atmosphere at more than fourteen thousand miles per hour.

"To be that bright it would have to be a large piece of space junk, maybe an empty fuel tank but not something small like a hammer," said Bill Cooke, Lead of the NASA Meteoroid Environmental Office.

Now that NASA has determined the object wasn't a meteor, the Department of Defense will have to make an official determination about what it was.

Meanwhile, dozens of FOX5 viewers say that the sighting was surreal.

"I was just like, wow, what is going on. It seemed so surreal," said Carlos Favors.

Favors recorded the fiery object as he left his office in Austell around one Monday morning.

Scientists say space junk sightings are not rare, they occur several times a year. Cooke tells us that sometimes pieces of the junk will make impact here on earth but its more common for the materials to burn up before hitting the ground.