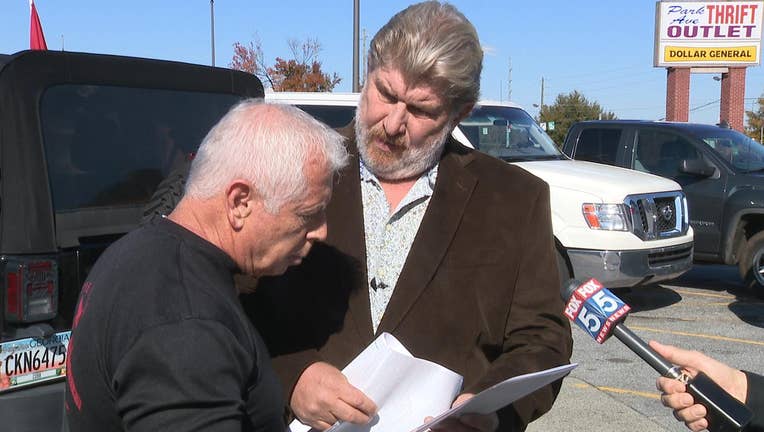 Don Shipley has built an online following for his fake SEAL video exposes. He says Georgia is the most popular state for military liars.

WOODSTOCK, Ga. - You don’t have to be a military veteran to be bothered by the thought of someone posing as a Navy SEAL.

But when you’re a retired member of that elite fighting group, aggravation can lead to motivation – and to spending the rest of your life outing the fakes.

Retired Navy senior chief petty officer Don Shipley spent nearly 20 years as a Navy SEAL. Around 2008, he says he found a new calling in retirement: catching people who pretend to be a SEAL. And he says our state holds a dubious place of honor.

“Georgia is the Number 1 state in this nation for imposters," he said. "SEAL imposters.”

"I really don’t have any idea.”

It takes a real SEAL to track down the fakes

You don’t have to be a military veteran to be bothered by the thought of someone posing as a Navy SEAL.

Maybe it’s our many military installations. Maybe it’s our climate, he said. All Don Shipley knows is Georgians seem to show up more than any other fakes from the thousands of tips that pour into his home office in Maryland.

People like Bob McDaniel of Cobb County. In October, McDaniel walked into the Semper Fi Bar and Grille in Woodstook to celebrate the Navy’s birthday. He wore the uniform of a rear admiral with a chest full of medals. The restaurant posted pictures on their Facebook page, including a video of him giving the toast.

"May the 244th anniversary of our birthday only be the beginning here in America," said McDaniel as he raised his hand.

Trouble is, the military said McDaniel never served in the Navy. Or fought with Delta Force. Or flew combat missions for the Marine Corps in Vietnam. Yet that's what he tells people who pay for his self-defense classes taught all over metro Atlanta.

"One of the challenges for me... I mean... I teach some of the most elite warriors on the planet," he told the students as a FOX 5 I-Team producer listened with a hidden camera.

According to the military, McDaniel only spent six years in the Marine Corps reserve, never saw combat and finished as an E-5 sergeant.

"Why are you lying about your military record Bob?" I asked when we walked up to him outside the same bar on November 10, the day of the Marine Corps birthday.

"I would never lie about my military record," he replied.

"Actually, I’d like to introduce you to a real SEAL," I told McDaniel. "Behind you is Don Shipley. He’d like to talk to you." 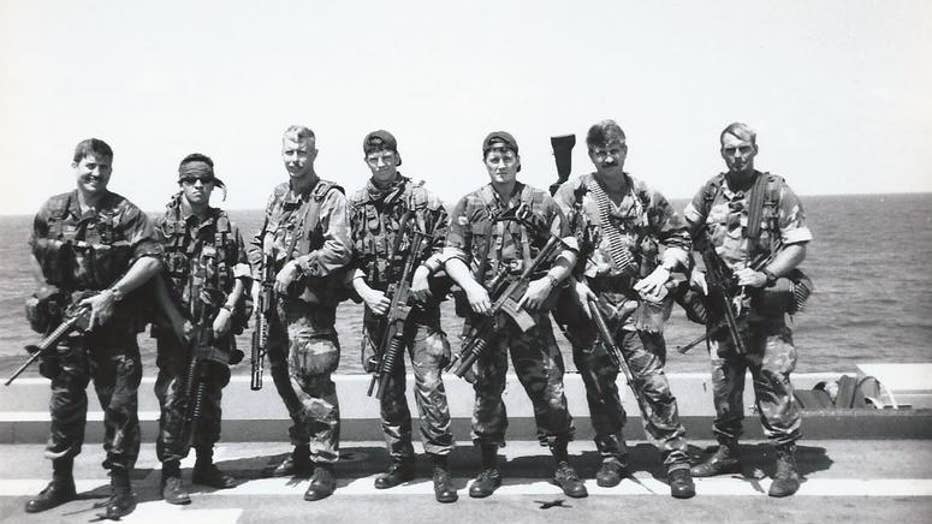 The Maryland native joined the Navy in 1978, eventually graduating from SEAL training in 1985. The prestigious unit – designed to fight on Sea, Air or Land – started during World War II.

Shipley, 58, retired in 2003 after serving with SEAL Team 1 and SEAL Team 2 on missions around the world. He also spent years teaching Basic Underwater Demolition/SEAL (BUD/S). 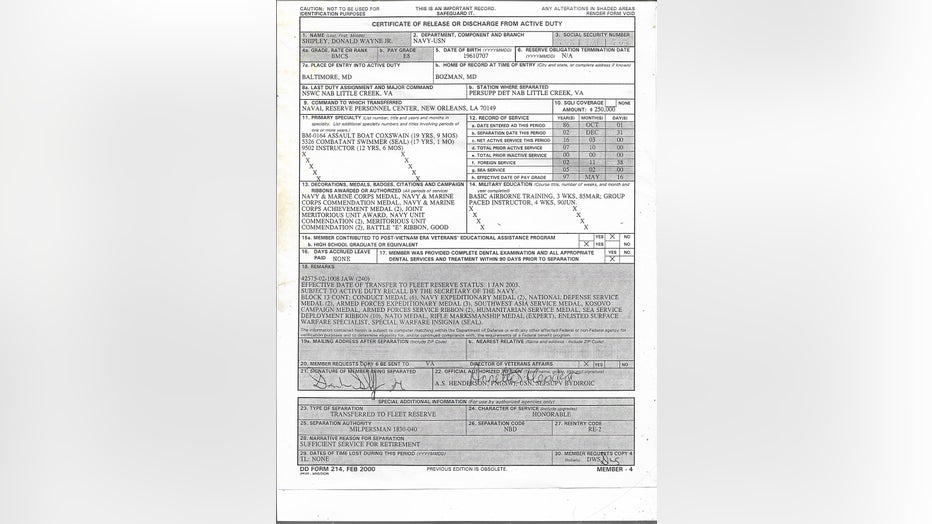 He says after a fake Marine fooled him years ago, he decided to turn the tables. With the help of a private database of all SEAL graduates, Shipley said he and his wife Diane catch an average of a dozen posers each day. He even started a YouTube channel where he posted his phone confrontations, creating the Phony Navy SEAL of the Week.

Now 58, Shipley’s so popular -- with so many verification requests pouring in -- he set up Videos Extreme SEAL Experience. He now charges $20 per search, free if you become a paying member of his website where you get access to all his videos and read about the biggest scammers.

He doesn’t just expose fake SEALs. Anyone lying about their military record is fair game.

Why does he think it's his duty to out them?

“They do a terrible disservice to the military,” said Shipley. He thinks he’s verified nearly 1000 names since he started. Ninety-nine percent were fake. All it takes is a name, birthday and social security number. Sometimes just a name and age is enough to run a search.

“They crave respect,” he explained. “They crave that more than anything. (Because) you admire them.” 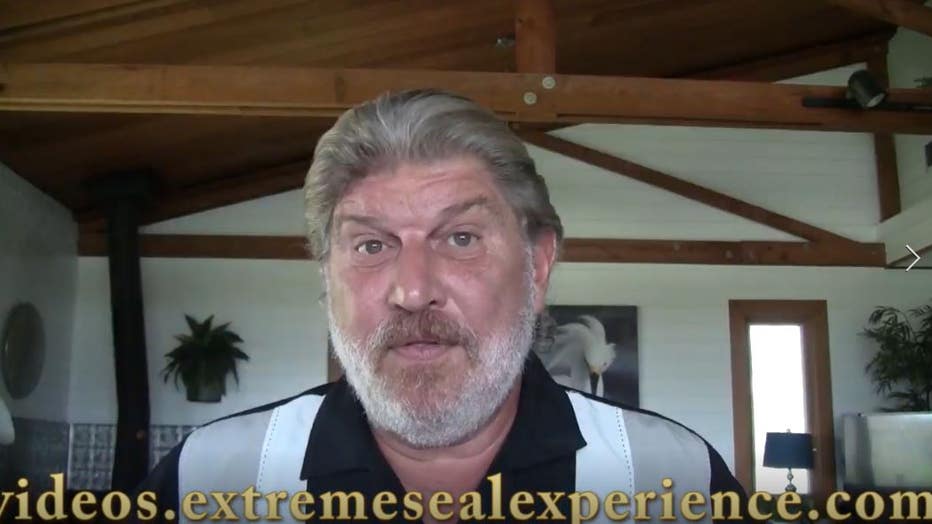 Don Shipley produces videos of his fake SEAL confrontations, usually over the phone but these days also in person.

But these days – instead of outing people over the phone or in his blog -- Shipley likes paying a personal visit.

I don’t know if I’ll be able to stop. Every time I think I would, you know, because they drive me nuts.

Remember Bob the pretend Navy rear admiral and phony SEAL? Here’s what Shipley said to Bob McDaniel about the medals he was wearing in those pictures last month.

“Then what the hell is that?” asked Shipley as he pointed at the photograph.

“First of all…” said McDaniel. “I can’t explain it right now.” He walked away. A few days later, McDaniel returned a call from the FOX 5 I-Team and admitted that he had lied about his military past. He maintained it was not "Stolen Valor," a federal law that makes it a crime for someone to fake their military credentials to get "any tangible benefit."

"I hope I don't have to seek legal counsel," said McDaniel. "I didn't break any laws." He could offer no reason why he created such dramatic stories. He said he wore the Navy admiral uniform to honor his late father, even though his dad wasn't an admiral either.

“Of all the lies he told you, which one bothers you the most?” I asked.

“All of them,” said Roeger, a retired Marine Corps master sergeant. “Any of them that he told me. I feel totally deceived because up to this point I respected the man.”

What brought Shipley to Georgia was that picture on the restaurant Facebook page. An excited North Forsyth high school Navy sea cadet stood beaming next to Bob McDaniel. 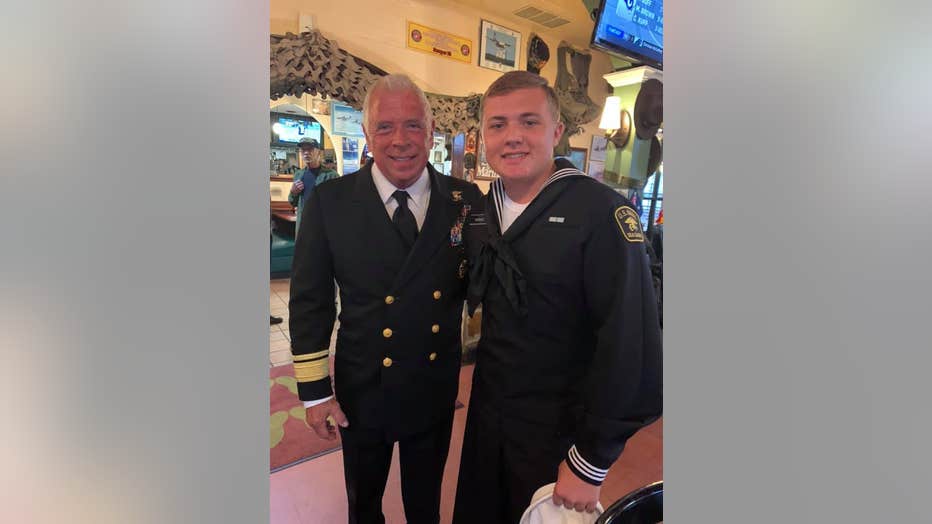 So Shipley made contact with 14-year-old Reagan Hughes and delivered the truth in person.

“I wanted you to see and learn a lesson about how big and bad these clowns can be,” Shipley said while a somber Reagan listened carefully.

“He also offered me to talk to one of his buddies about getting me into the Naval Academy,” Reagan remembered.

Reagan’s dad stood close by as Shipley continued to explain how his son was fooled.

“As a veteran, it pisses me off,” said Kenny Hughes. “Particularly being a Navy veteran. But it goes so much above and beyond that. He’s telling kids things that he’s going to be able to do to help them that he can’t follow through with.”

“I told all my ROTC friends about him,” he said. “And now I’ve got to go back and tell them he was a fake.”

But he actually gets to tell his buddies something even better. Shipley has offered to be a mentor to Reagan. A real SEAL. 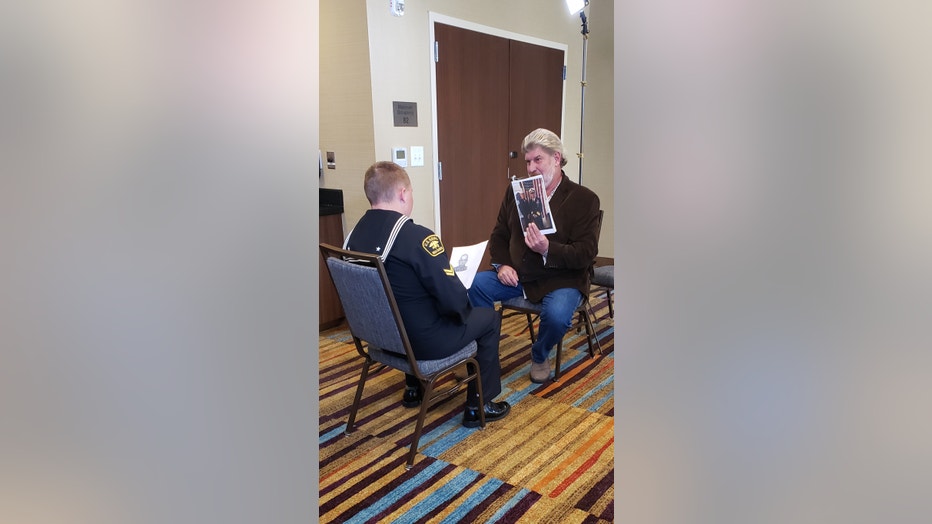 Shipley broke the news to the 14-year-old sea cadet that he'd been fooled. Then he gave him the good news.

How long does he think he can continue exposing stolen valor cases?

“I don’t know if I’ll be able to stop,” he confessed. “Every time I think I would, you know, because they drive me nuts. They have shaved years off my life, these guys, just listening to their endless lies.”

We both stood there watching Bob McDaniel drive away, finally confronted with the truth. Shipley raised his left hand to his forehead.

“We’ll give him the left-handed salute,” Shipley said with a laugh. “That’s all he rates.”