It is a statistical dead-heat in Georgia's two Senate runoff races.

ATLANTA - With early voting underway in Georgia and the Senate runoff election just three weeks out, Matt Towery, who is the founder of Insider Advantage and a retired FOX 5 political analyst, said recent polling shows the candidates in both races are running neck and neck. 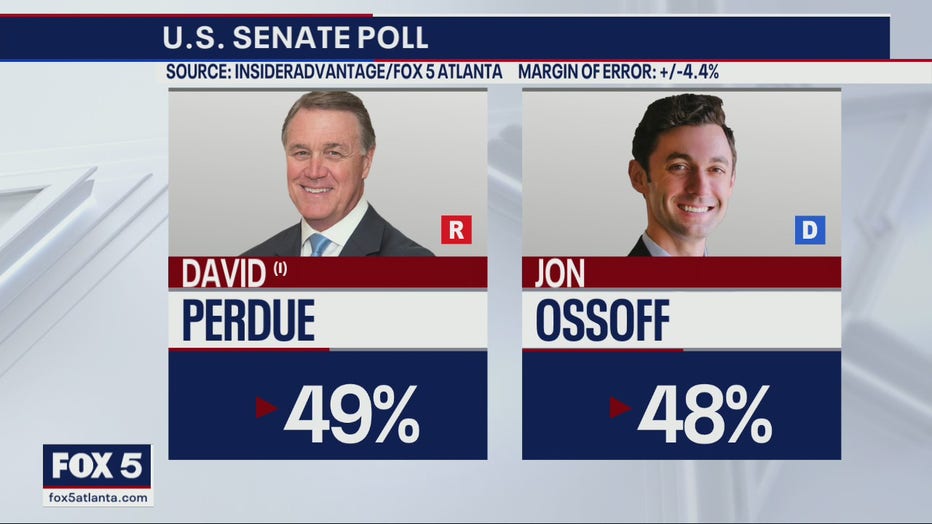 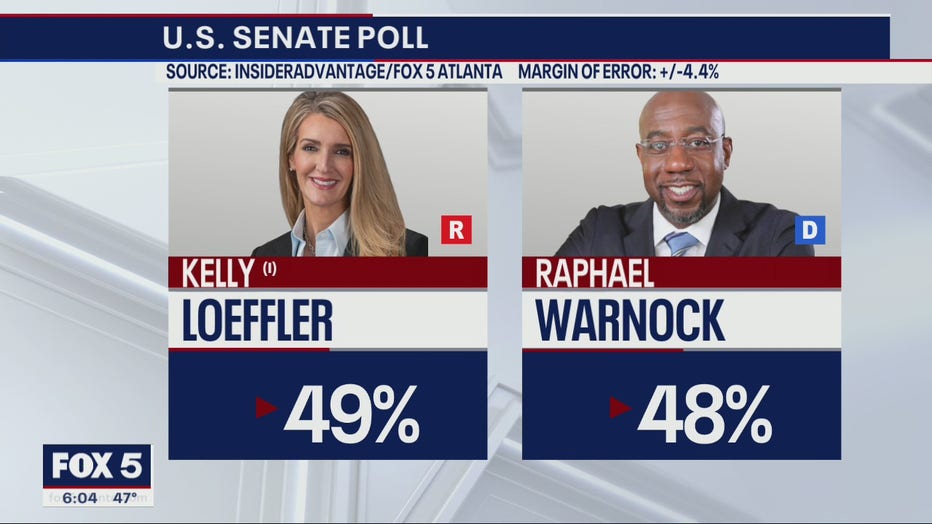 Senator Kelly Loeffler is polling at 49 percent, Raphael Warnock with 48 percent, with 3 percent of voters undecided.

There is a 4.4 percent margin of error.

"I think this poll is telling us where this race is. There is no room to spare here. It's just a matter of who hits the accelerator and gets their people out to the polls because as far as the numbers this is a dead-even race."

"We saw that with Donald Trump and the exit polls, and we saw that to be true, but I don't think that's going to remain the same with the two U.S. Senate candidates. I've polled for over 20 years in Georgia and generally I see that African American number in a race like this collapse a little bit."

Republicans have won the last two Senate runoffs in Georgia. Towery thinks the runoffs coming in winter, and after the holidays, could impact voter turnout.

"Atlanta is notorious for ice storms this time of year," said Towery. "So, that's why both parties are pushing so hard for people to early vote and have them vote absentee."

Towery said Democrats did a great job getting their supporters to vote early and Republicans must do the same if they want to have a real shot at holding on to the two Senate seats.

Towery said, "Yesterday's vote was anemic in Georgia. I wasn't impressed with it at all. It's going to have to amp up for those Republicans to pull off a win against these Democrats."