HALL COUNTY, Ga. - Hall County Fire is on the scene of a house fire, where two cars also were on fire Thursday afternoon.

According to fire officials, the blaze broke out a mobile home in the 3500 block of Suggs Road off Gillsville Hwy in East Hall County. 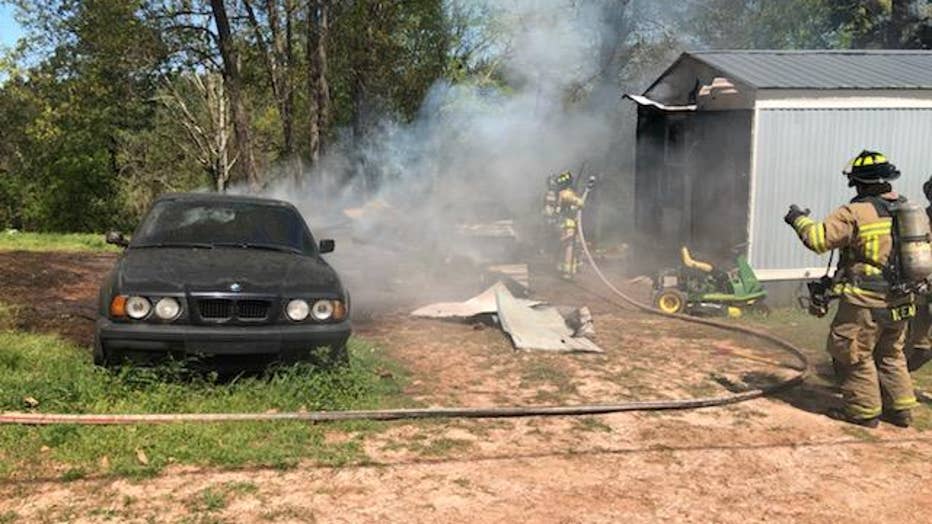 Fire crews also found two cars were also on fire at the scene.

Hall County Fire Marshal's Office is investigators are working to learn the cause of the fire.