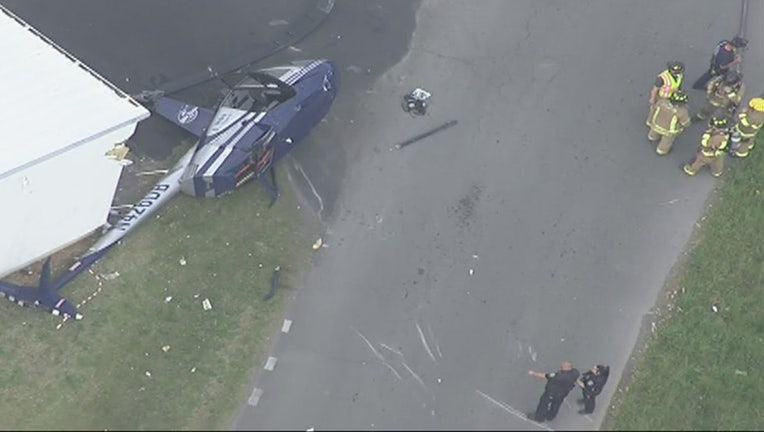 CALHOUN, Ga. - The Calhoun Police Department said officers are at the scene of a helicopter crash.

It happened shortly after 5 p.m. near the El Nopal restaurant on Highway 53. Police said a pilot and three others were in the helicopter.

The pilot told police "wind took over the helicopter" and the Robinson R44 hit a power line and building before the helicopter crash-landed on its side.

First responders took the pilot to a hospital and others had minor injuries.

Police ask drivers to avoid the area of Highway 53 near the intersection with S Wall Street, if possible. 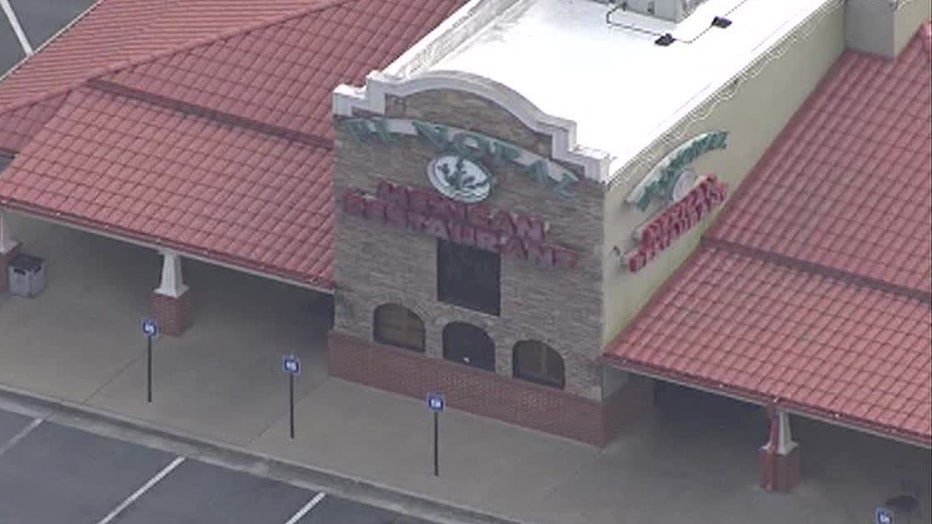 El Nopal restaurant on Highway 53 near the site of a helicopter crash. (FOX 5 Atlanta)

SKYFOX 5 flew over the scene and saw a wrecked Robinson R44 helicopter.