Health officials in Hall and Dawson counties are offering offenders a chance to reduce their sentences if they get vaccinated.

HALL COUNTY, Ga. - Some offenders in Hall and Dawson counties have a chance to knock some hours off their community service by getting a COVID-19 vaccine.

Judges in these in these counties are offering this incentive to some offenders.

"Most of the judges, if somebody, as part of their sentence is assigned to do community service, they can get up to 20 hours off of that requirement if they get the vaccine," said Andy Maddox, a public defender for Hall and Dawson counties. "Sometimes, the skepticism, particularly those that we represent, if a judge is making some encouragement if nothing else, to go check it out,"

He said his clients have been offered the deal and they are not required to take it. However, he believes it could be a good one to take advantage of, if they're up for it.

And he said even those who aren't on board initially, might be more inclined to get the shot in their arm once they realize the benefits.

"I think as they think about it, some may change their mind, because 20 hours of community service is two and half days or four weekends. So, I think you may see some people, maybe later on this summer change their minds," he said. 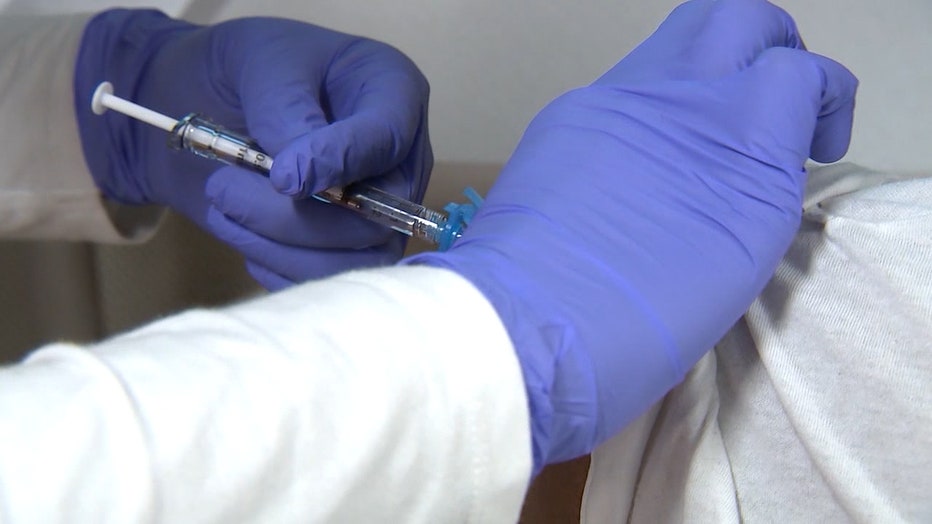 Maddox also said a judge's encouragement could get some who are skeptical of the vaccine to consider the possibility.

An incentive like this could help boost the two county's vaccination rates which are lower than counties like Fulton and Gwinnett counties.

According to the Georgia Department of Public Health, about 25 percent of people in Hall County are fully vaccinated, while 30 percent have received at least one dose.

In Dawson County, 24 percent are fully vaccinated, while 28 percent have received at least one dose.

Maddox said me the majority of those who are qualified for this incentive are people who have straight probation sentences or are getting time-served sentences. This does not modify any sentences where the offenders are going prison for a serious charge.