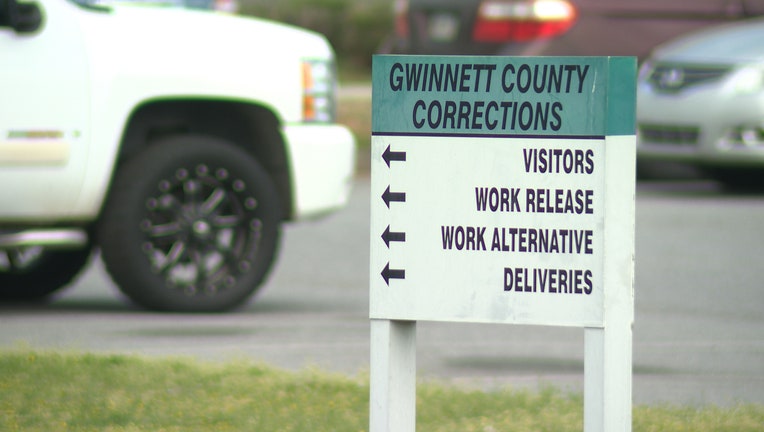 Certain non-violent offenders are allowed to serve their time at night while still going to their jobs during the day.

LAWRENCEVILLE, Ga. - Nearly half of the Gwinnett County work release residents are now home, released early after one tested positive for COVID-19.

That resident was also allowed to go leave. A 26-year-old Athens native, he told FOX 5 I-Team reporter Randy Travis that he’s worried about the ones who are still at the corrections facility.

“It’s all such a horrible situation for everybody else stuck in there,” he said from his Gwinnett County home. He asked that we not use his name.

Convicted criminals sentenced to work release are typically non-violent offenders. They’re allowed to keep their regular jobs but must sleep each night behind bars.

The Athens native says he started running a fever early March 17 in the facility’s L Dorm. He was taken to the hospital and brought back the same day, eventually put in an isolation room.

“People are dying from this virus. By the grace of God I made it through it and I was able to come back to my family but I wouldn’t want anyone else to go through that.”

— Gwinnett Work Release resident whose COVID-19 diagnosis prompted his entire dorm to be locked down.

“They basically opened the flap of the door, threw a mask in, and said put it on, then they unlocked the door and basically said come on running,” he recounted. “I thought we were going to take me a helicopter or something, but they just moved me back across the hall to medical isolation.”

He would spend the next 14 days shuttling between the two isolation rooms, unable to call home.

“Definitely scared,” he remembered. “My family didn’t even know if I was alive or not.”

Meanwhile, everyone else in L Dorm was locked down, all 46 residents quarantined just in case. Some of the 136 residents in other parts of the facility asked to be sent home to avoid being accidentally infected. But they were told no.

Since then, the quarantine has been lifted, and Gwinnett judges have become more sympathetic.

As of Thursday, judges have ordered the release of 80 residents. Ninety-four remain.

Patient Zero at this facility thinks it should be everyone.

“People are dying from this virus,” he pointed out. “By the grace of God I made it through it and I was able to come back to my family but I wouldn’t want anyone else to go through that.”

He says he has fully recovered and is back with his family.

The county says no one else at the work release facility has become infected. But it’s unclear whether anyone else has been tested.