Lee Allen, named the 2022 Gwinnett County Public Schools Teacher of the Year in December, taught ninth-grade algebra at Archer High School. He's been teaching for eight years, including three at Gwinnett County Public Schools. He said he shifted careers from the "business sector" to education in 2014 because he was interested in helping others, and motivated by the challenges of teaching and the opportunity to positively impact students.

During his Teacher of the Year acceptance speech, Allen said he considered a career change while he remarked on the nationwide shortage of teachers and support staff. He called on administrators to listen to teachers' feedback during his speech.

"If you work in education, and you're struggling, hear me, you're not alone," Allen said.

He said during a May 19 Board of Education meeting that he feels unsupported in the pursuit of his goal to benefit students inside and beyond the classroom. He's forgoing the opportunity to be the statewide 2022 Teacher of the Year and as well as a bonus. He said the school district needs to make changes to increase teacher retention.

"I’m leaving in hopes of regaining the ability to do the job that I love," Allen said. "I’m speaking tonight to use my small platform to raise awareness on the issues facing teachers today, so the district can seriously consider a plan, a plan to proactively combat these issue before more learning is lost and teachers leave."

GWINNETT SCHOOL BOARD HONORS BUS DRIVER FOR 'HEROISM' DURING SHOOTING

During his comment, Allen said the behavioral challenges educators faced prior to the pandemic have increased. He said some students are apathetic to grades and school rules, and it's difficult to enforce rules about cellphone use. Allen said some teachers he's spoken with don't feel understood, trusted or valued by administrators. 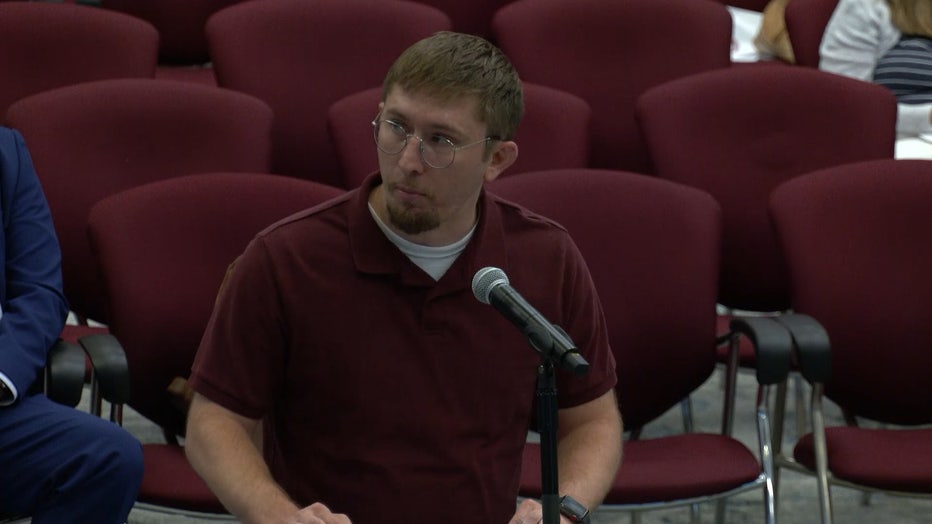 "Many decisions seems to be short-term Band-Aids placed on gaping wounds," Allen said. "While these issues were not new, and there was a negative trend in education before 2020, the pandemic has acted as a catalyst and turned a slow negative trend into an exponential crisis."

Allen offered suggestions to board members and Gwinnett County Public Schools CEO and Superintendent Calvin Watts. He suggested administrators and superintendents spend one week in a high-needs classroom per year to adequately access their needs. He advocated for reduced classroom sizes and said the district needs to be transparent about discipline figures.

"As any good leader will tell you, you cannot fix a problem you won’t admit exists," he said, concluding his public comments.