Many parents and students ran into problems during Gwinnett County Public School's test of their virtual learning portal Monday morning.&nbsp;

The district says this "tech check '' was set up to help them identify user and system issues and give the district time to address the issues before school starts on Wednesday.

The district initially gave parents the choice of in-person or virtual learning, but then later changed their decision to start the year off completely virtual.

Michelle Shrope's two children were unable to log in. 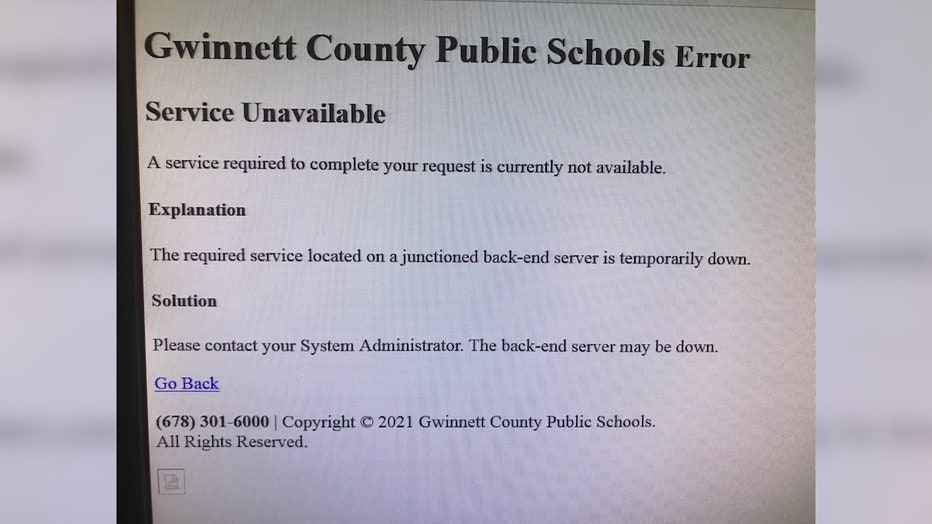 "They were asked to log in at 11 o'clock this morning and both my kids got error messages," Shrope said.

For Shrope's youngest daughter, the technological uncertainties are only adding to the typical concerns of a new high school freshman.

'What if I wake up and I can't get on? Am I going to get in trouble? Am I going to be counted absent that day? She doesn't like the unknown," Shrope said.

Some parents say a check like this should have been done sooner.

Schantz has four children in the district and all of them ran into the same issues when trying to log in Monday morning.

He said between the technological issues and the district's decision to reverse their learning options, the year is off to a rocky start.

The district said the technology team is still investigating the root of the issues and will continue to make changes in preparation for the first day of school on Wednesday.