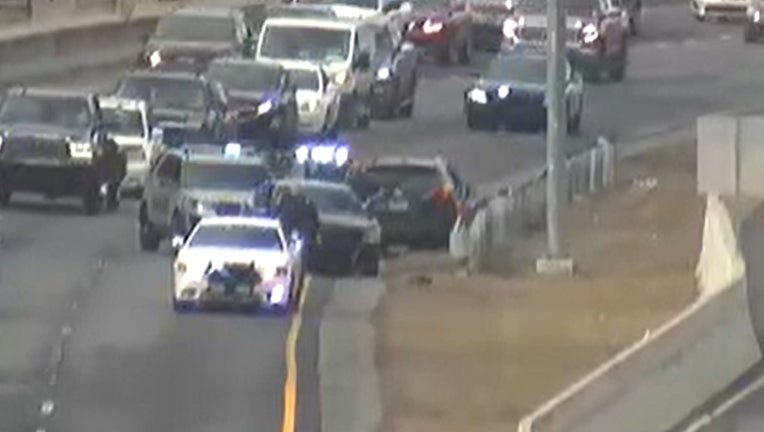 Image from a GDOT camera near I-575 near Towne Lake Parkway on Feb. 16, 2021. (Georgia Department of Transportation)

CHEROKEE COUNTY, Ga. - A police chase ended in a crash along Interstate 575 near Towne Lake Parkway in Woodstock on Tuesday afternoon.

The Georgia State Patrol said troopers are investigating the crash that involved the Holly Springs Police Department and a vehicle officers were pursuing. Troopers said that vehicle failed to stop for police as it traveled south on I-575.

To end the chase, troopers said an officer performed PIT maneuver, causing the vehicle to wreck. 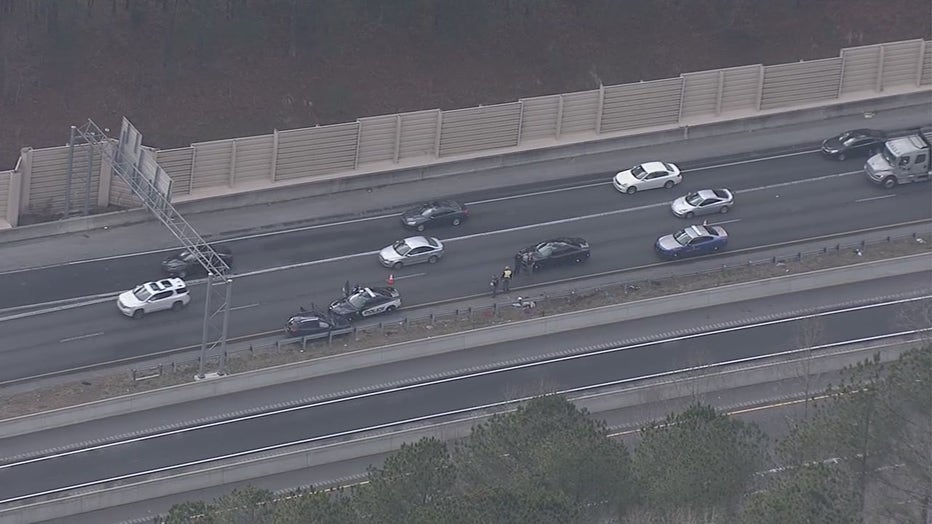 Information on who was in the vehicle, if they were taken into custody, and for what charges have not been released. 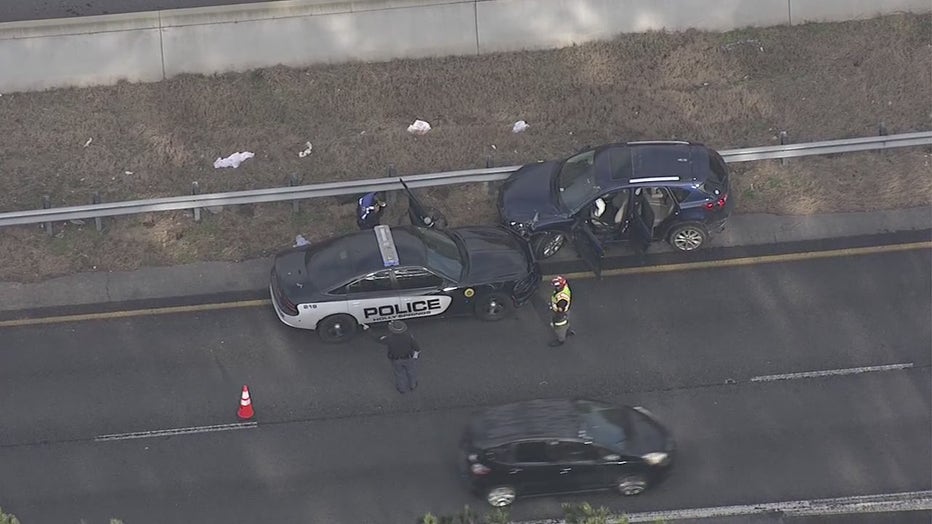 No one was injured in the crash, troopers said.