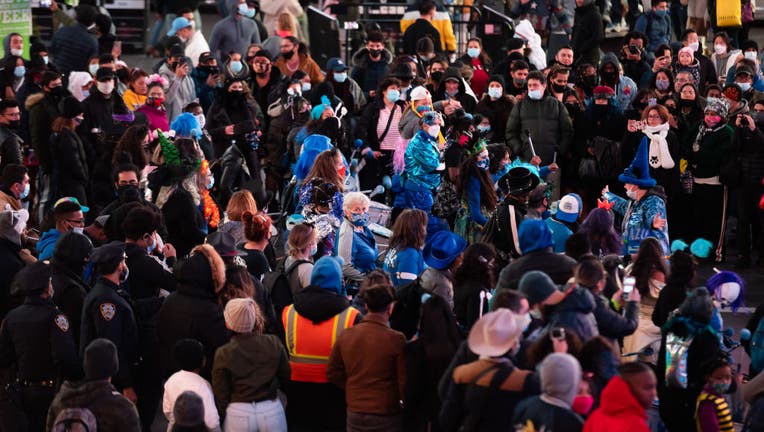 LOS ANGELES - A widely shared Facebook post pushing the controversial concept of "herd immunity" was flagged by the platform for spreading misinformation regarding the coronavirus pandemic, Politifact reported on Oct. 22.

"BREAKING NEWS," the post by North Dade Republicans on Facebook read. "The world renowned experts in their fields, after a 4 day conference regarding COVID-19, declare that WE SHOULD ALL GO BACK TO LIVING NORMALLY, PRACTICING SIMPLE HYGIENE & STAYING HOME WHEN SICK (NO FACE MASKS OR SOCIAL DISTANCING) and only protect the most vulnerable populations with more protective measures!"

According to Politifact, the post has been tied to a document called the Great Barrington Declaration, a proposal published by the American Institute for Economic Research, a libertarian think tank.

The declaration’s proposal is to let low-risk people in the U.S. socialize and naturally become infected with the coronavirus, while vulnerable people would maintain social distancing and continue to shelter in place. Proponents of the strategy claim so-called "natural herd immunity" will emerge and minimize harm from SARS-CoV-2 while protecting the economy.

"Current lockdown policies are producing devastating effects on short and long-term public health. The results (to name a few) include lower childhood vaccination rates, worsening cardiovascular disease outcomes, fewer cancer screenings and deteriorating mental health – leading to greater excess mortality in years to come, with the working class and younger members of society carrying the heaviest burden. Keeping students out of school is a grave injustice," the declaration reads.

Spanish researchers say herd immunity for COVID-19 is not achievable

The nation's top epidemiologists, along with Spanish health authorities, found that only 5% maintained antibodies developed from the virus.

The document contains more than 9,000 signatories from all over the world, including medical and public health practitioners, according to its website.

But the concept of herd immunity as a way to combat the coronavirus has been disputed by various studies and medical experts, who argue that it could be a dangerous and deadly path amid an ongoing pandemic.

The U.S. leads global coronavirus deaths with more than 230,000 and over 1.2 million confirmed cases as of Nov. 2, according to data from Johns Hopkins University.

What is herd immunity?

Epidemiologists define the herd immunity threshold for a given virus as the percentage of the population that must be immune to ensure that its introduction will not cause an outbreak. If enough people are immune, an infected person will likely come into contact only with people who are already immune rather than spreading the virus to someone who is susceptible.

But the concept of herd immunity may not be applicable to the novel coronavirus, according to many scientists.

A study published on July 11 by researchers at King’s College London found that antibodies detected in the human body which fight the coronavirus declined after a few weeks, leaving the possibility of herd immunity out of the question.

RELATED: Study: Fewer than 10% of Americans have developed COVID-19 antibodies

The implications of such a study engender the possibility that future waves of the novel coronavirus could return in seasons, according to researchers.

Herd immunity is usually discussed in the context of vaccination. For example, if 90% of the population (the herd) has received a chickenpox vaccine, the remaining 10% (often including people who cannot become vaccinated, like babies and the immunocompromised) will be protected from the introduction of a single person with chickenpox.

But herd immunity from SARS-CoV-2 is different in several ways:

1) We do not yet have a vaccine. As biologist Carl Bergstrom and biostatistician Natalie Dean pointed out in a New York Times op-ed in May, without a widely available vaccine, most of the population – 60%-85% by some estimates – must become infected to reach herd immunity, and the virus’s high mortality rate means millions would die.

2) The virus is not currently contained. If herd immunity is reached during an ongoing pandemic, the high number of infected people will continue to spread the virus, and ultimately many more people than the herd immunity threshold will become infected – likely over 90% of the population.

3) The people most vulnerable to the virus are not evenly spread across the population. Groups that have not been mixing with the "herd" will remain vulnerable even after the herd immunity threshold is reached.

The Great Barrington Declaration suggests that the U.S. should aim for this immunity threshold through infection rather than vaccination.

Dr. Brian Garibaldi, associate professor of medicine at Johns Hopkins University, argued that while on the surface, the idea to protect vulnerable populations while allowing those who might not be as susceptible to extreme outcomes by the virus go about their lives seems attractive, it is impractical and dangerous considering so much is still unknown about the coronavirus.

He explained that it is not known how many people would need to be infected by COVID-19 in order to achieve herd immunity. In order to calculate the intensity of an infectious disease outbreak, scientists use the term "R0," pronounced "R-naught," which represents the viral reproduction number of how many people one person can infect with a disease.

"It’s hard to know exactly what that number is for COVID-19 because we’re still learning about this disease, and as you can also imagine, how easily the virus spreads is not just a function of the virus — it’s a function of what we do as a community with the virus," said Garibaldi.

"The estimate right now is that we would probably need about 60-70% of the population to be immune in order for us to have herd immunity from COVID-19," Garibaldi said.

Garibaldi explained that herd immunity is "going to be the way this pandemic ends," likely through the use of vaccines.

Relying on a strategy of allowing the virus to simply take its course and spread naturally through the population is simply too risky, Garibaldi said. He argued that there are too many holes in the logic behind the declaration, and that the measures suggested in the document could possibly lead to severe consequences that could ultimately disrupt the health care system in a country already overwhelmed by cases of COVID-19.

"The first thing I worry about is: Number one, this has never been tried in other epidemics throughout history, so there’s no clear way to protect the vulnerable," he said. "It’s not just nursing home patients who are the vulnerable ones."

"When you allow widespread transmission in the community, eventually that infection finds its way into the nursing homes," Garibaldi added.

He also explained that it remains to be seen if getting infected once by COVID-19 means you’re protected against the virus a second time.

Researchers in Hong Kong reported in August evidence of a person who got the coronavirus a second time, months after an initial infection.

According to an Associated Press report in September, the finding has not yet been published in a journal. But scientists said the 33-year-old man had mild symptoms the first time and none the second time, suggesting his immune system may have provided some protection against serious illness even if it could not prevent a reinfection.

In early October, a Seattle man was reported to have been infected twice with the novel coronavirus, according to the Seattle Times.

The man first contracted COVID-19 in March and spent more than 40 days in the hospital. The man, who is in his 60s, wasn’t as sick the second time and has since recovered.

Testing revealed that the man’s second illness caused by the coronavirus in July wasn’t a relapse, but a new infection with a different variant of the virus. The Seattle Times reported that the patient is only the third person in the United States — and one of about 20 worldwide — confirmed to have been infected with COVID-19 twice.

A separate nationwide population-based study published by researchers in Spain in July in the medical journal "The Lancet" found that despite the high impact of COVID-19 on the country, antibody "prevalence estimates remain low and are clearly insufficient to provide herd immunity."

Researchers in Madrid tested 61,075 participants from April 27 to May 11 and found that only 5% maintained antibodies developed from the virus.

Additionally, only 14% of people who tested positive for coronavirus antibodies in the first round of the study’s testing eventually tested negative in future tests carried out only weeks later.

"These results emphasize the need for maintaining public health measures to avoid a new epidemic wave," the authors wrote. "Social distance measures and efforts to identify and isolate new cases and their contacts are imperative for future epidemic control."

A way that herd immunity has been successfully implemented in previous pandemics and epidemics is through the use of vaccines. Diseases like measles, smallpox and polio have largely been eradicated due to the successful distribution of a working vaccine.

Garibaldi noted that it took "well over 10 years" for the World Health Organization to stamp out smallpox, even with a vaccine.

The head of the World Health Organization warned against the idea that herd immunity might be a realistic strategy to stop the pandemic, dismissing such proposals as "simply unethical."

At a media briefing on Oct. 12, WHO Director-General Tedros Adhanom Ghebreyesus said health officials typically aim to achieve herd immunity by vaccination. Tedros noted that to obtain herd immunity from a highly infectious disease such as measles, for example, about 95% of the population must be immunized.

"Herd immunity is achieved by protecting people from a virus, not by exposing them to it," he said.