Girl, 7, shot while trick-or-treating with family in Little Village: police

CHICAGO - A 7-year-old was shot in the chest as she trick-or-treated in a bumblebee costume Thursday evening in Little Village.

The shooting happened about 5:30 p.m. when at least two people walked up to another group of people standing in 3700 block of West 26th Street and began firing at them, according to Chicago police.

The girl was struck by a stray bullet and was rushed to Stroger Hospital in critical condition, police said. She was expected to be transferred to Comer Medical Center.

Ian Martinez was handing out candy near a Metro PCS store on the corner of 26th Street and Lawndale Avenue when he heard the gunshots.

The girl was struck in a nearby alley and someone picked her up and took her inside the Metro PCS to wait for paramedics to arrive, he said. She was wearing a red or purple bumblebee costume under her coat when he saw her inside the store laying on the ground. 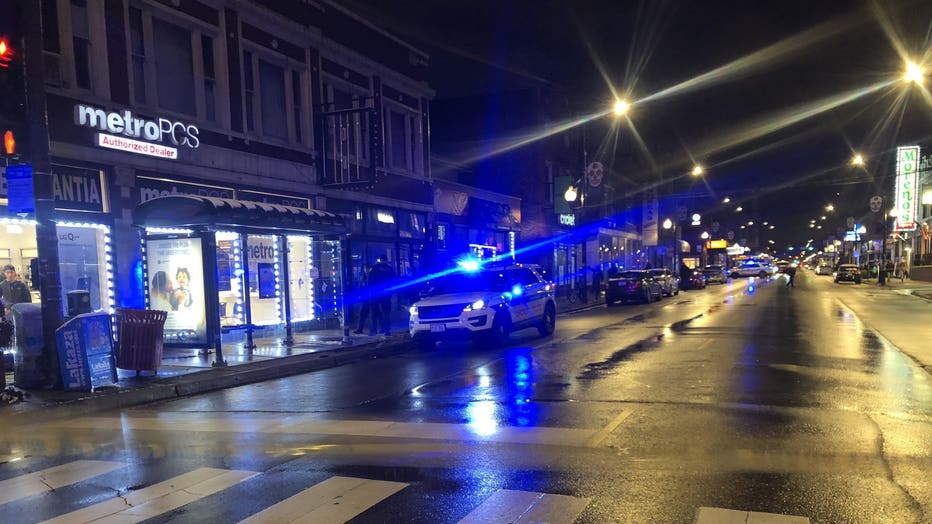 “She was very pale,” Martinez said. “It’s very tragic. We were [expecting] that it was gonna be a fun day. Things like this are not allowed. They should do more police inspections around this area.”

A 30-year-old man was also wounded in the shooting when he suffered a gunshot wound to his hand, police said.

The man and the girl were not together and had no relationship, police said.

Police said they would be pulling video surveillance footage from a nearby POD police camera and said tips had already been passed along to the department from members of the community.

Extra patrols were being added to the area to search for people who matched a description of the shooters that was provided to police.

As police investigated, other families dressed up for Halloween continued to trick-or-treat on a busy stretch of 26th Street populated by neighborhood businesses that give out candy.