Local teens talk about their historic win in a Harvard debate competition.

ATLANTA - For the third year in a row, students of the Atlanta-based Harvard Diversity Project have won another debate competition.

And this is only the team's third year in the program.

The Atlanta program recruits and trains highly-motivated Black youth for a summer debate residency at Harvard, putting them in position for scholarships to elite schools.

"I told them that I wanted to build a bridge and provide an opportunity for black students to learn at Harvard in the summer," Debate coach and program founder Brandon Fleming said.

The students of the Harvard Debate Council Diversity Project are known as great debaters for a good reason.

"For our Atlanta team, we may have 10 pairs who are competing in the tournament - giving us 10 chances to win. This year five of those pairs broke pass and one of our pairs, which is Madison and Christian, actually brought the championship home to Atlanta," Fleming said. 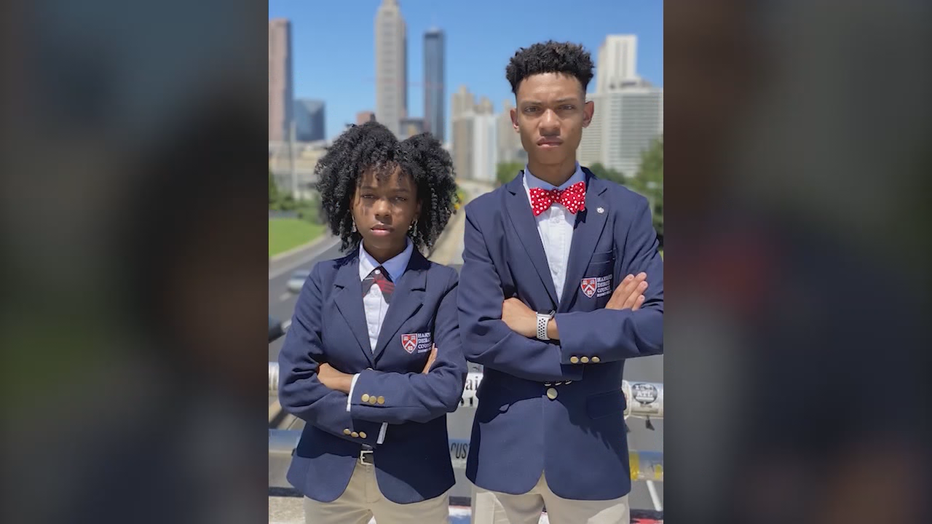 Not only did Madison Webb of Langston Hughes High School and Christian Flournoy of the Westminister Schools help bring back home the championship for the third years in the world they also made history.

Webb is the first Black female winner and Flournoy is the youngest Black male winner ever in the competition.

"It was a surprise acceptance, and once we were accepted we went through a summer enrichment program and that August is when our year-round training began," Webb said.

Thousands of students apply to be a part of the project each year, but only about 25 to 30 are selected.

"One thing I've learned from this program is when you stand up and answer a question - if you're told to sit back down or to think deeper it's not about being told to sit back down, it's about having the tenacity and courage to get back up," Flournoy said. "So I bring that now everywhere that I go."

The duo says that as long as you work hard and prepare, you can achieve whatever you desire.

He's excited to get back to work with his entire group.

"The message I want to send to black kids all around the world, despite all the racial stereotypes and no matter who or what tries to limit you-- there's always someone rooting for your success on the other side. And that for us was our community here in Atlanta," Webb said. "So the only thing missing from the equation was opportunity and that's what the Harvard Diversity project stands for."

The group competed against students from more than 25 countries.

The new team leaders have already been selected and will begin training at the beginning of August.