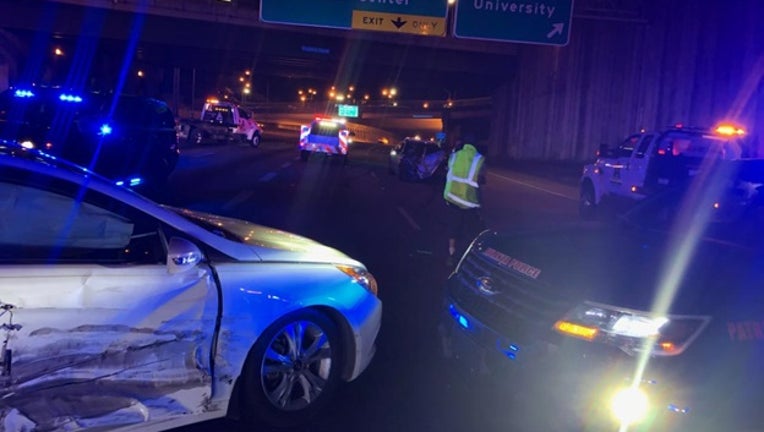 The Georgia State Patrol says that the trooper took action after the driver got onto I-75-85 at University Avenue heading northbound in a southbound lane.

Medics took the driver to the hospital. His condition was not known as of late Friday afternoon.

He faces charges of wrong-way driving, reckless driving, and DUI.

The man's name has not been released.