"We had a few complaints from people who were experiencing dizziness and fainting," said North Health District PIO Dave Palmer.

According to officials, one person was sent to a nearby hospital for evaluation before being released. The other seven were sent home after being monitored at the site. 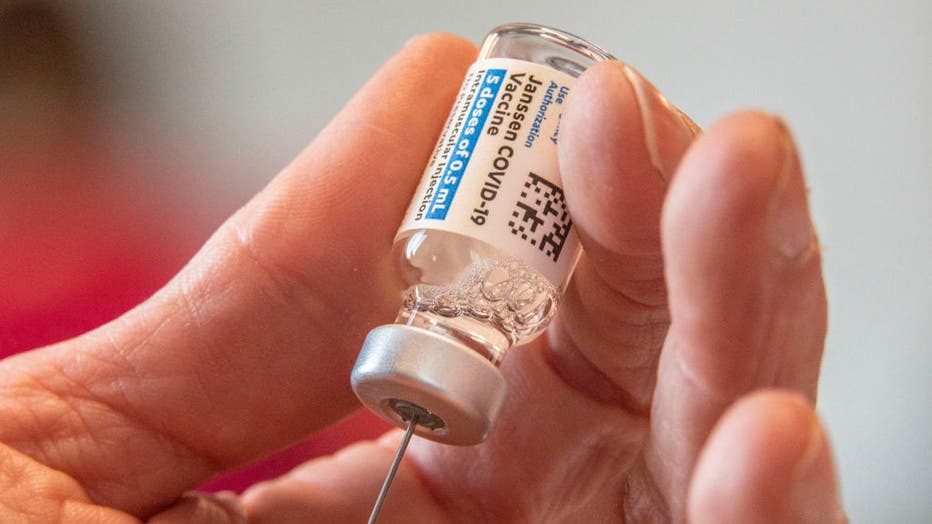 A nurse loads syringes with the vaccine on the first day of the Johnson and Johnson vaccine being made available to residents. (Photo by Stephen Zenner/SOPA Images/LightRocket via Getty Images)

While health officials say the reactions were "consistent with common reactions in adults being vaccinated with any vaccine," the site stopped the vaccinations due to the number.

"I think it would impact the people more if they were warm," said Palmer. "Maybe they needed something to drink."

In total, 425 Johnson and Johnson vaccines were administered at the site on Wednesday.

"There is no reason to believe there is anything wrong with the vaccine itself, and other individuals who have received the J&J vaccine should not be concerned," DPH commissioner Kathleen E. Toomey said in a statement. "We are looking into what happened and what may have caused the reactions, including the conditions at the fairgrounds such as heat and the ability to keep the site cool."

The pause in using the Johnson and Johnson vaccine will impact Atlanta Public Schools' plan to get its educators inoculated. In a statement released Tuesday afternoon, the district wrote:

"In accordance with the decision to pause Johnson & Johnson vaccinations issued by the Georgia Department of Public Health under the guidance of the FDA and the CDC, the Atlanta Public Schools’ staff vaccination event planned for Wednesday, April 21, in partnership with Walgreens has been cancelled."

"We’ll continue with the Johnson & Johnson," said Palmer. "At this time, there is nothing that indicates there are any problems with the vaccine.

THE LATEST ON THE CORONAVIRUS VACCINE

Georgia is one of three states the Centers for Disease Control and Prevention is evaluating after incidents involving the Johnson & Johnson vaccine. A similar case north of Denver, Colorado stopped vaccinations the same day due to adverse reactions.

"The one in North Carolina was a drive-through," said Palmer. "It was a similar situation so we just wanted to make sure that we didn’t have anything going on."

The CDC says that it has analyzed the vaccine lots and has not found any concerns so far.