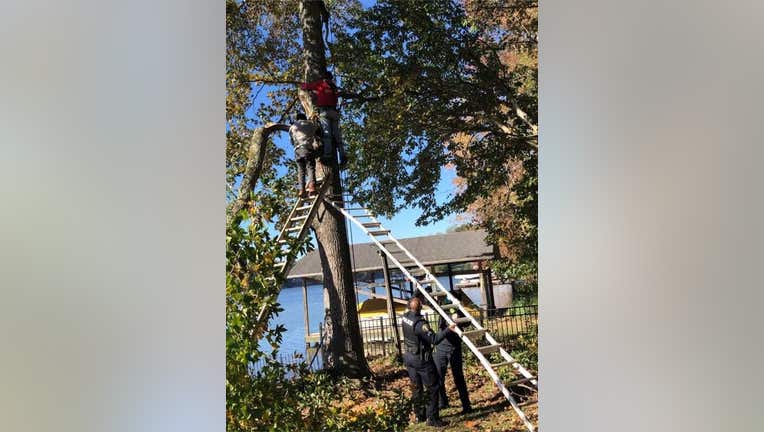 CLAYTON COUNTY, Ga. - An arborist is recovering after he was pinned to a tree for over half an hour before being rescued by the Clayton County police.

Officials say the rescue happened on Nov. 4 on the 8,600 block of Shoreline Drive.

According to officers, the arborist had been hired to trim trees at the address but got suspended in the tree after the rope he was using got enmeshed with a large tree limb.

The responding officers borrowed two ladders and used one to cut the steel, reinforced rope with bolt cutters, and the other two make sure the arborist wouldn't fall.

"It still took some time before the Clayton County Fire and Emergency Services could remove him, due to the injuries the arborist sustained from being suspended in the tree," police said on Facebook.

Investigators learned that the arborist had been stuck for around 30 minutes before anyone called the police.

The identity of the arborist and the extent of his injuries have not been released.