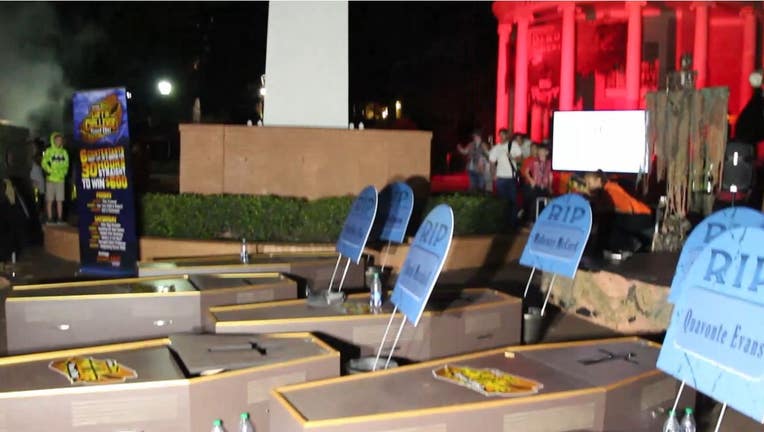 All six contestants lasted the full 30 hours inside a wooden casket inside the Georgia theme park, but in the end, Travis Feltman was crowned the grand prize winner.

In addition to spending more than a day in the coffin, contestants had to also participate in other spooky challenges, including eating a dinner plate of pig feet, frog legs, and scorpions.

A Six Flags spokesperson told FOX 5 that Feltman was able to down the whole dinner in under two minutes and ate a live cockroach in just 13 seconds.

Other challenges the six had to do was bob for pig hearts in "blood," wear a rotten fish necklace, and do horrifying math problems.

Feltman won the $600 prize to split, gold season passes for the 2020 season, and a Fright Fest prize package.