SAND ROCK, Ala. - When John Childers decided to ask his girlfriend to marry him, he realized no heights could stop him from doing so, literally.

Their story began at Grace Community Church in Marietta, where the Childers and Grindley families have known each other for years.

John and his girlfriend Jessica Grindley started seriously dating a year ago, and began climbing together a few months.

When John decided it was time to ask Jessica to marry him, he realized he wanted to ask her at a significant place for them.

With the help of his brother, John climbed Sand Rock Mountain in Alabama last Thursday to put a table and china on top of it. John’s brother Zach took photographs of the set-up.

He even got his mother and his future mother-in-law to make the food for the extra-special day.

On Friday, Oct. 19 John and Jessica climbed the mountain once again but what was at the top was a surprise.

Jessica noticed a drone flying around Sand Rock Mountain as they climbed, but didn’t know it was John’s friend Ben Kolbie flying the drone.

Kolbie called it “super fun” to shoot the drone video of the proposal.

John’s brother Zach used the video and his photographs to produce a video posted on Facebook.

On her Facebook page, Jessica wrote “Thrilled to say YES to spend my life with this amazing guy! And he left me speechless with this huge surprise!”

Jessica’s father George Grindley he was “thrilled beyond belief” that the couple is engaged and impressed with how creative John was to ask his daughter for her hand in marriage.

John told FOX 5 he and Jessica who is a nurse at Wellstar Kennestone Hospital plan to marry sometime in 2019. 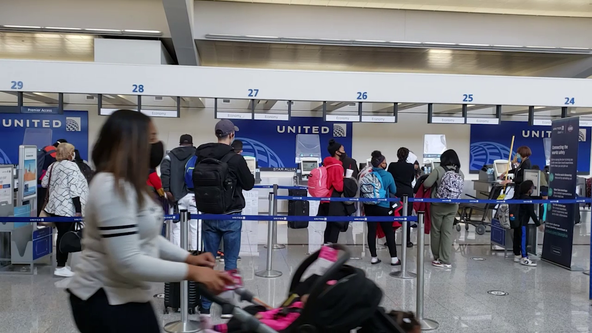