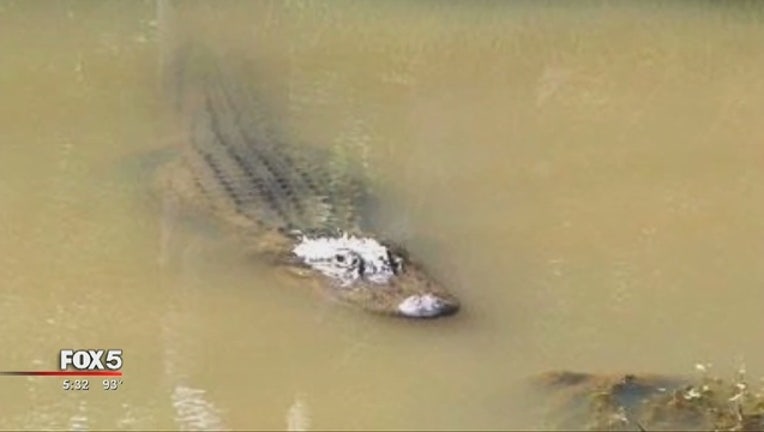 The Georgia Department of Natural Resources is accepting applications through July 31 to identify 1,000 hunters, authorities said. They will be granted permits to hunt gators between sunset Aug. 19 and sunrise Oct. 3, although there's no restriction on hunting hours.

"We fully expect to have 10,000 or more applications submitted for the 1,000 permits available," John Bowers, Chief of the DNR's Game Management Section, in a statement. "Alligator hunting is quite the opportunity and I encourage all Georgia hunters to consider submitting an application for this amazing resource."

Legal methods for catching a gator are limited to hand-held ropes or snares, snatch hooks, harpoons, gigs or arrows with a restraining line attached, The Telegraph newspaper of Macon reported (http://bit.ly/29Y4XWb). The animals must be immediately killed with a handgun, bangstick or by severing the spinal cord, authorities said.

To be eligible, hunters who are already licensed in Georgia also must have a valid alligator hunting license, which costs $50 for Georgia residents and $200 for out-of-state hunters. Applicants should not purchase the gator hunting license until they are approved, officials said.

Only one alligator can be captured and must be at least 48 inches in length from the end of the snout to the tip of the tail in most hunting zones except Lake Walter F. George near the Georgia-Alabama line, where gators musts be at least 96 inches long.

Legal methods for catching a gator are limited to hand-held ropes or snares, snatch hooks, harpoons, gigs or arrows with a restraining line attached. The animals must be immediately killed with a handgun, bangstick or by severing the spinal cord.

In Georgia, alligators typically live south of the so-called "fall line," generally a line from Columbus to Macon and Augusta.

Last year, 325 alligators were harvested with an average length of 8 feet 6 inches, The Telegraph reported.

The longest gator measured 14 feet 1 inch, according to the DNR.

Gators were endangered by unregulated hunting in the early 1900s, which led them to be listed as endangered in 1967.

Populations increased due to conservation efforts and the protected status was downgraded in 1987.