Sara Bryan will be wearing a gown and football jersey at her upcoming homecoming game. She's on both the homecoming court and the football team as the kicker.

"It was never a part of my plan to be a part of the football team," Sara Bryan tells Good Day Atlanta's Lindsay Tuman.

Bryan was not intending on joining the George Walton Academy Football team, but when the school's athletic director asked her to step in, she did.

"Last year the Athletic Director, Mark Whitley, he asked me. He came in during my study hall and he asked me if I would be the kicker. And my first instinct was like no that's okay. But my parents were very supportive of me, and they really thought it would be a great idea," she said. 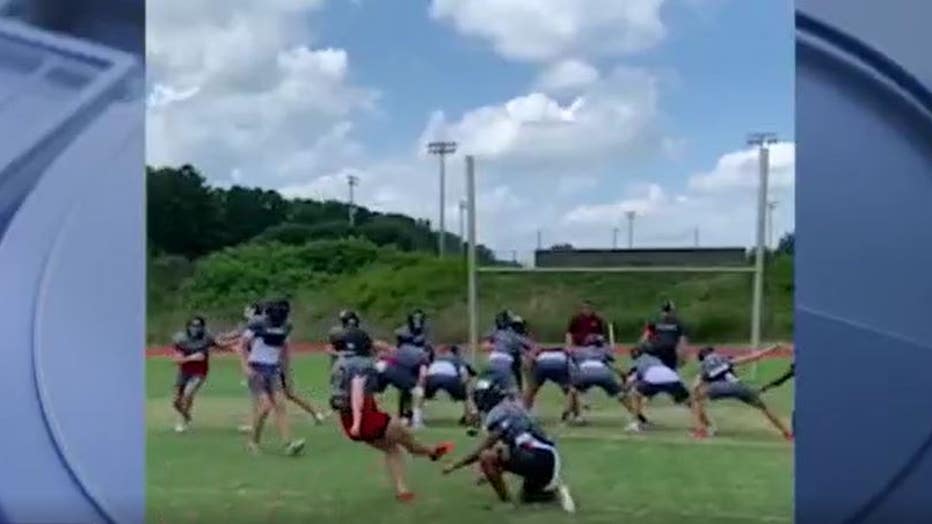 Sarah Bryan says she wasn't interested in joining the George Walton Academy Football team, but when the school's athletic director asked her to step in, she did.

The high school junior is no stranger to competition, you could call her a triple threat. She is also on the cross country and soccer teams. She said starting on the football team was an adjustment though.

"It's very different and it's honestly, like, very exciting. For soccer, I'm a very physical player, but this is a completely different level," she said.

The butterflies kicked in before her first kick during a game.

"I was very nervous on the sidelines when it happened. I heard ‘Touchdown,’ and they said, "OK Sara go in." My heart dropped a little bit. But as soon as I put the tee down and I took my steps, I tuned everything out and I was just like eye on the prize," she recalled.

Her parents were in the stands watching the moment.

"We were proud, we were nervous. Mom was hiding behind her hands. It was like, I knew she had it in her just you have to get it out of your head, and zone everything out and do the kick," Chris Bryan, her father, said. 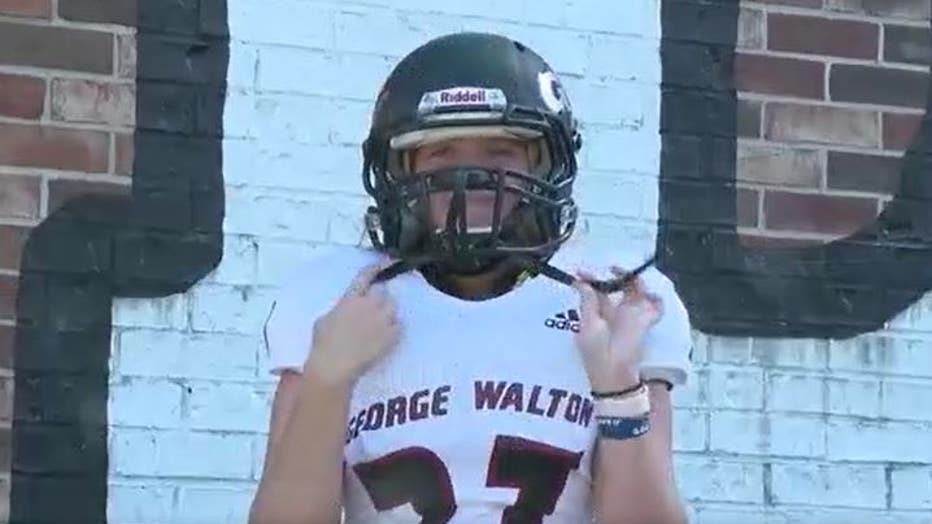 Sarah Bryan will wear both a gown and a jersey at homecoming.

Bryan says both her team and the entire school are very supportive of her new role on the football team.

"I just really want to give it to my teammates because they did a great job of including me in this situation. I've seen how hard they work, and it's really inspiring and I just want people to know it's not just me doing this it's my teammates," she said.

And she's seeing the impact her position has on the community too.

"I didn't think about the impact that I would have, but seeing all the young girls and young guys and hearing them say I inspire them, it really, it feels good," she said.