The Ingram family of Covington hoped to clear a couple of trees and add a tire swing for their two kids - 5-year-old Arria and 1-year-old Hollis.

But when the owner of the tree service came to give them a quote, he decided he wanted to do much more.

FOX 5 first introduced our viewers to Arria about two years ago. She was born with a rare genetic disorder that's already meant two amputations and, sadly, is now threatening to shut down her organs. 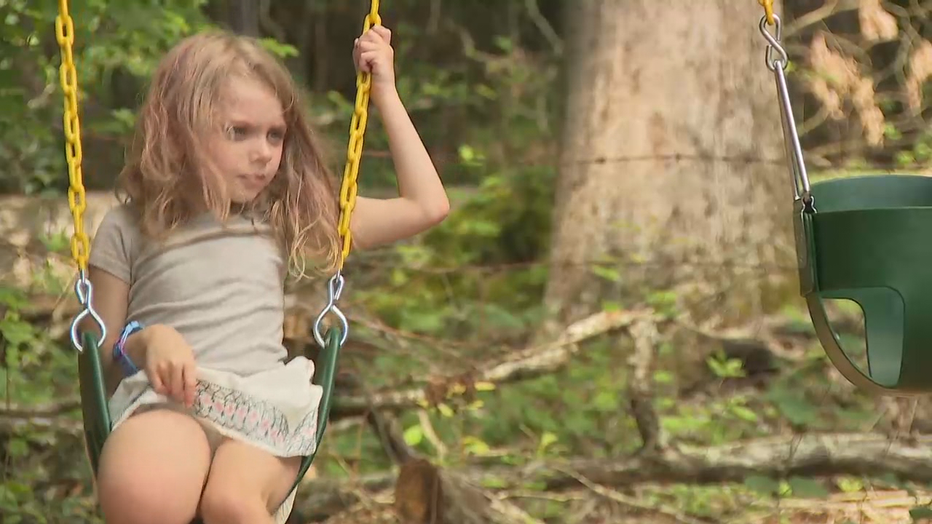 "She's doing pretty well. She gets tired and rests, but I mean, she just wants to play," Arria's mom Kallie Ingram said.

When the family called Benny Williams with Benny's Tree Service to give them a quote about clearing a few trees, he met Arria and was moved to tears.

"When we got ready to leave, I got in the car and she started crawling up the front steps and I saw she didn't have part of her leg," Williams said. "From that point until I got to my next job to look at I cried all the way."

The grandfather said he immediately wanted to help turn their backyard into a dream playground.

"I called Brian and I said, 'Hey I got a good deal on a small swing set and we want to put it in for y'all,' but I didn't tell them how big it was," Williams said. 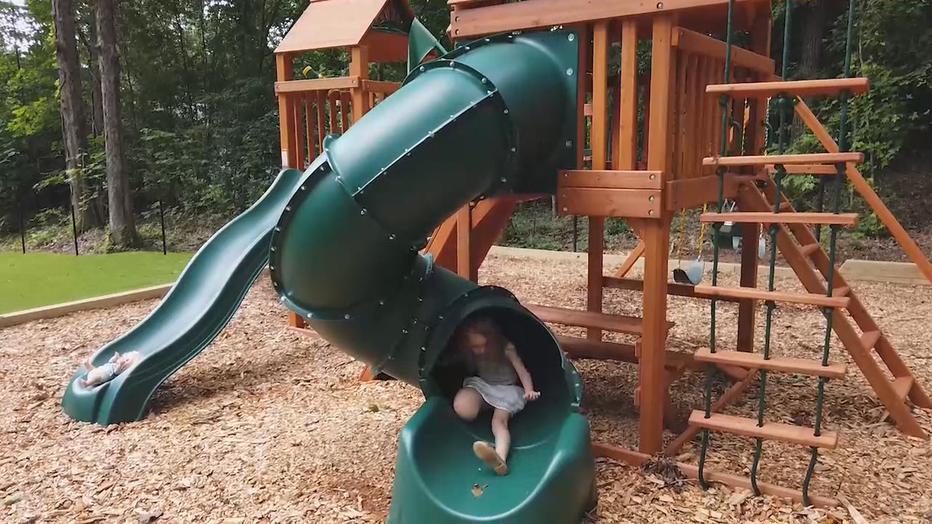 Arria's dad Brian Ingram said he was so thankful and that Benny "stepped up in a way we could have never imagined."

The giant playground has become a safe haven for the whole family - a place to forget the doctor visits, chemo, and medical bills.

And for Benny, it's been a blessing too.

"I wish I had the video of her hopping up and down on that one leg as they were putting it together," he said.

Now a thank you card from Arria greets him each morning on his fridge.

"That's what I see every morning when I get ready to fix my breakfast is that card," Williams said. "That reminds me to pray for them and their family." 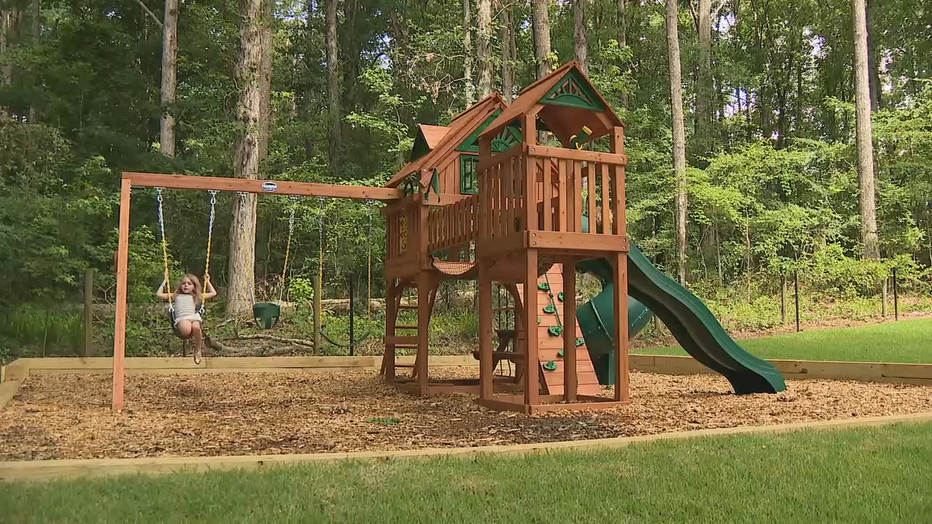 Cloves Syndrome is very rare. Less than 200 cases have been found in the world.

Arria's is very aggressive, and her family is praying that the experimental drugs will help keep the growth from shutting down her organs.

They also have a GoFundMe to help with medical costs.