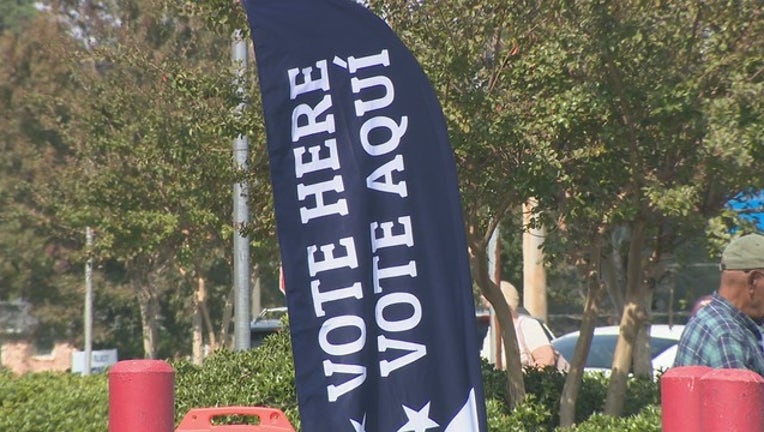 ATLANTA (AP) - Georgia's secretary of state agreed Friday to extend the deadline for accepting absentee ballots for the upcoming runoff election after the state Democratic Party filed a lawsuit saying some county election officials waited too long to send out the ballots.

Results of the Nov. 6 general election were certified on Nov. 17, but at least 65 of the state's 159 counties didn't send out absentee ballots for the Dec. 4 runoff until this week, according to the federal lawsuit filed Thursday. Since absentee ballots generally must be received by the time polls close on Election Day, that left some would-be absentee voters with less than a week to get their ballots back to election officials.

In a court filing agreeing to the extended deadline sought by the Democrats, interim Secretary of State Robyn Crittenden maintains there was no wrongdoing by state or county election officials. The proposed consent order submitted to the court Friday says absentee ballots postmarked by Dec. 4 and received by Dec. 7 will be counted.

There are two statewide races on the runoff ballot - secretary of state and a seat on the Public Service Commission. Runoff elections in Georgia are triggered when no candidate wins more than 50 percent of the vote.

The lawsuit was filed against Crittenden in her official capacity as the state's top elections official. A statement from spokeswoman Candice Broce says Crittenden and her staff worked as quickly as they could, but some counties took longer because they lack the capacity to print their own ballots.

"All parties involved - the Secretary of State's office, the counties, and the vendors - worked as expeditiously as possible to prepare absentee ballots for the run-off. The insinuation that the Democratic Party makes in its complaint that any party involved in this process was not working as quickly as possible is completely false," she said.

The state Democratic Party voter protection hotline received calls from voters seeking help getting absentee ballots they had applied for, the lawsuit says. It was the latest in a series of federal lawsuits filed before and after the general election raising concerns about how and whether the state counts certain ballots.

Georgia law says county officials have to send absentee ballots to eligible applicants for a runoff election "as soon as possible" after the results of the general election are certified.

But 44 counties didn't send out absentee ballots until Nov. 26, and 21 more waited until Nov. 27, the lawsuit said.

"This has and will result in arbitrary and disparate treatment of voters who seek to exercise their respective rights to vote via absentee mail-in ballot, based solely on their county of permanent residence," the lawsuit said.

The lawsuit noted that 283,839 people requested absentee ballots in the general election and at least 121,301 people had submitted applications for absentee ballots for the runoff election.

In a consent order submitted to U.S. District Judge Amy Totenberg, the two sides agreed that any absentee ballots postmarked by Dec. 4 and received by Dec. 7 would be counted if they are otherwise eligible. The secretary of state agreed to send instructions to that effect to county election officials by 6 p.m. Friday.

Crittenden also agreed to notify the public by putting out a press release by 6:30 p.m. Friday and putting a notice on the secretary of state's website by 10 a.m. Saturday.

But the consent order makes clear that the secretary of state doesn't concede that any county delayed in sending out absentee ballots for the runoff and says all election officials worked as quickly as possible to get the ballots out. The consent order also says the Democratic Party stands by its allegations.

The parties agreed to the consent order to avoid the burden and delays of litigation and to promote their "shared goal of ensuring that Georgia's voters are afforded the rights guaranteed under the laws of the United States and the State of Georgia."