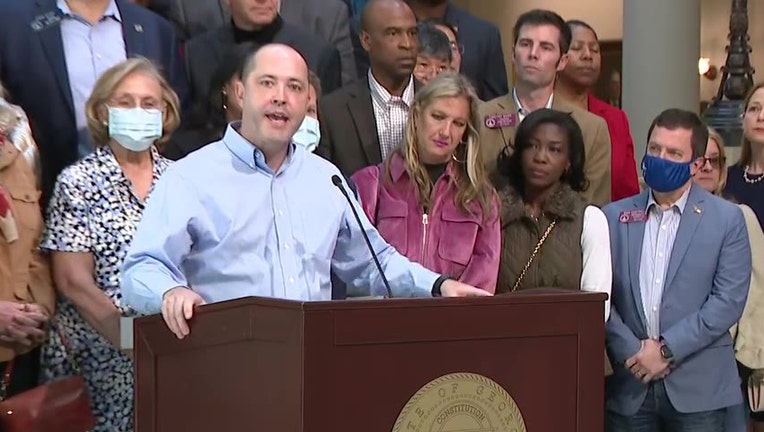 The 49-year-old Republican pledged to work with police to reduce crime and to fight against initiatives by President Joe Biden’s administration that he sees as infringements on personal freedoms and Georgia’s rights.

"I am proud of our results in going after criminals who prey on our most vulnerable with human trafficking, gang activity, scams, and elder abuse," Carr said in a statement. "I took an oath to uphold our laws and that is exactly what I have done."

Carr was the state’s economic development commissioner before Gov. Nathan Deal appointed him in 2016 to replace Sam Olens as attorney general. He was elected to a full four-year term in 2018, winning 51.3% of the vote.

Carr had been rumored to be considering a bid for the Republican nomination to challenge Democratic Sen. Raphael Warnock in 2022.

Carr resigned last month as chairman of the national Republican Attorneys General Association, saying he had a "fundamental difference of opinion" with other members of the group after it sent a robocall encouraging the crowd that breached the U.S. Capitol on Jan. 6. Carr said he couldn’t continue after the group chose as executive director Peter Bisbee, who was responsible for the much-criticized call.

Carr touts the creation of a human trafficking prosecution unit in his office, saying it has resulted in 17 arrests. He said he’s worked to fight gangs and reduce opioid abuse. He’s also joined lawsuits to overturn the Biden administration’s moratorium on oil and gas drilling permits on federal lands and to attack efforts to attach a higher value to carbon pollution.

"At the root of every action I take, I am working to protect the very freedoms that make our country great," Carr said.