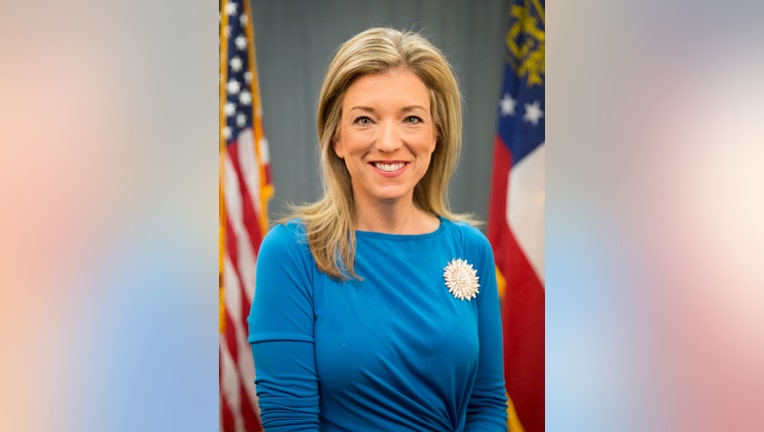 ATLANTA - State Sen. Jen Jordan on Wednesday became the second Democrat to announce a race for Georgia attorney general in 2022.

Jordan, a Sandy Springs lawyer who represents a district covering parts of Fulton and Cobb counties, made her bid official with an announcement video that highlighted her youth in Eastman and a Senate speech against an abortion restriction bill in 2019 that won nationwide notice.

"I’ll be an attorney general that fights every day for Georgians that don’t have power, for those who just need a fair shot," Jordan said in the video. "I’ll be your voice, always."

The 46-year-old Jordan has for months had her eye on the attorney general post now held by Republican Chris Carr. To win, though, she would first have to make it past 2018 Democratic nominee Charlie Bailey. The former Fulton County prosecutor who is now in private practice announced in January that he was running again after losing narrowly to Carr in 2018.

Carr was the state’s economic development commissioner before Gov. Nathan Deal appointed him in 2016 to replace Sam Olens.

With strengthening Democratic performance in Georgia elections, the party’s nominations for downballot offices could again feature heavyweight fights, unlike in recent years. A number of other Democrats have also announced their bids for statewide office in recent weeks.

Jordan was first elected to the Senate in a 2017 special election, taking over a seat previously held by a Republican. She said that she would take a more aggressive approach than Carr as attorney general, seeking to use the power of the office to further environmental protection, crack down on Medicare and Medicaid fraud and protect everyday Georgians.

"It is a very important role that has not been taken seriously and people are way too passive in this role," Jordan said in a telephone interview.

She also questioned some of the decisions Carr has made, such as joining a lawsuit that sought to strike down President Barack Obama’s health care overhaul or defending a now-blocked state law that would prohibit most abortions.

"He seems to be more the governor’s lawyer than the people’s lawyer," Jordan said, saying she would seek to play a watchdog role and would not automatically defend agencies that she believed had done wrong.