A Douglas County Sheriff's deputy was shot in the leg and a suspect has been killed after an armed robbery call in Lithia Springs.

ATLANTA - A suspect is dead and a deputy was injured after a deputy-involved shooting in Douglas County on Tuesday evening, the Georgia Bureau of Investigation said.

It happened at the Mountain Motorsports along Thornton Road near W. Market Circle. Investigator said the deputy was responding to a report of an armed robbery when the shooting took place.

According to the GBI, when the deputy got to the scene, he encountered 41-year-old Shelby Jean Berkheimer of Lithia Springs.

The deputy gave Berkheimer commands to drop her weapon and they began to struggle, officials said. During that struggle, the GBI says Berkheimer shot the deputy in the leg and the deputy fired a shot.

The deputy received non-life-threatening injuries to the leg, officials said. 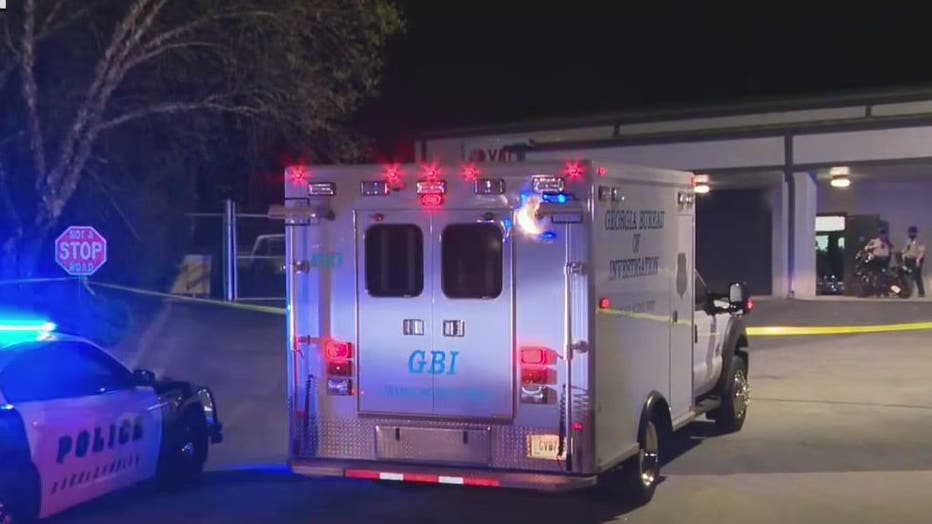 The GBI investigates a deputy-involved shooting at a Lithia Springs business on March 30, 2021. (FOX 5)

Berkheimer was fatally wounded in the shooting and died at the scene, deputies said.

The Georgia Bureau of Investigation said the Douglas County Sheriff’s Office ask the agency to investigate the suspect’s death.

This is the 18th officer-involved shooting the GBI has investigated this year.