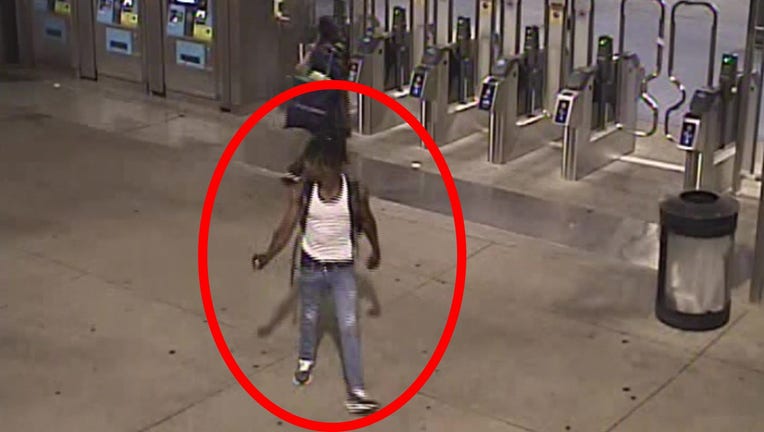 Officials with the Atlanta Police Department say Thursday night around 9:28, two people started brawling at the entrance to the Garnett Station in Downtown Atlanta.

That fight spilled out into the sidewalk and onto Peachtree Street. That's where investigators say one of the combatants pulled a gun and started shooting.

The victim, described only as an adult male, was shot multiple times. Paramedics applied emergency first aid to the man at the scene and rushed him to the hospital. He didn't survive his injuries.

That fight spilled out into the sidewalk and then onto Peachtree Street. One of the combatants pulled a gun and started shooting.

Monday, investigators shared surveillance footage taken before the shooting in the hopes that someone can help them identify a suspect in case.

The man in the video appears to be wearing a white tank top, blue jeans, and a backpack.

A reward of up to $5,000 is available for anyone with information that leads to an arrest and indictment in the shooting.

If you have any information that could help investigators, please call the Crime Stoppers Atlanta tip line at 404-577-TIPS (8477).