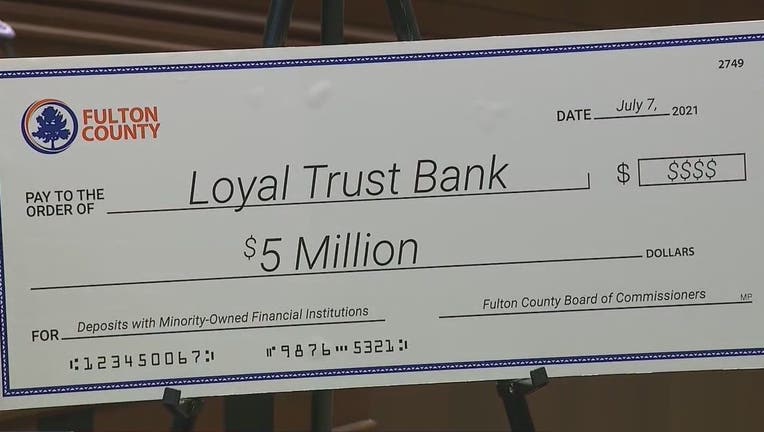 Last month, the Fulton County Board of Commissioners adopted legislation encouraging the deposit of federal funds allotted to the county into these institutions.

"There were only 18 or 19, as we stand before you today, Black-owned banks in the United States of America and that's a tragedy. So, with this effort I think that we are starting something again here in the state of Georgia in Fulton County in the city of Atlanta that is going to spread," said Fulton County Board Chairman Robb Pitts.

Pitts said there was not a single dissenting vote for this legislation among the commissioners.